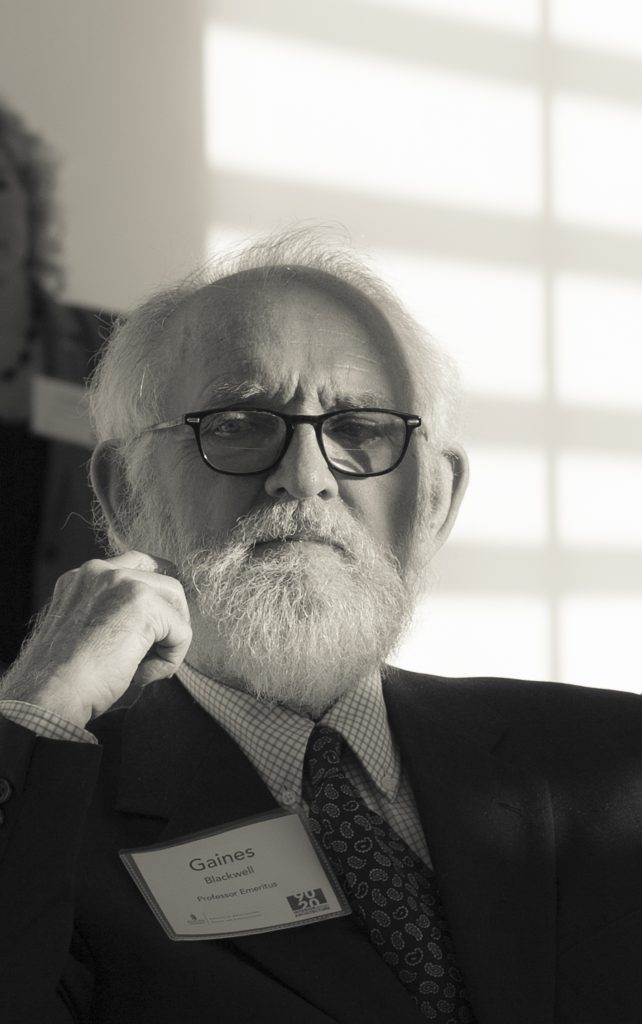 A few weeks back, several of us in the Montgomery and Atlanta offices traveled to Auburn University, where we joined a goodly number of architecture and interior design alums, present day students and faculty at Dudley Hall; the unintended home away from home for most of us during our college years. We were all there to help celebrate the 90th year of Auburn’s Interior Design program, and the 20th year of its Interior Architecture Program; a celebration which featured a lecture by my lifelong friend (and, now boss, of sorts) Bobby McAlpine, and which honored a man who was a very special teacher to us all; who for many of us, remains a very good friend to this day: Gaines Thomas Blackwell.

Gaines was, and is, a sort of academic curiosity; even in the collegiate free-for-all of the 1970s he was a something of a rare bird when Bobby and I encountered him. Barely out from under the loving, yet weighty environments of our home towns, we were in the lofty, passionate, and often contradictory world of architectural academe, which, on one hand, demanded we be responsible and have a high GPA, and, on the other, be highly creative and questioning of all that had come before us. And, if that were not enough, there were stern, circumspect professors teaching other disciplines that were supposed to make us ‘well-rounded’. Gaines Blackwell helped us navigate these new seas. Short of stature, bespectacled, with a head of hair resembling, on windy days, a saint’s halo, and a (now) white beard that would be the envy of a hipster, he had “Mischievious Elf” writ large all over him. Gaines was—unimaginable for a college professor—wonderfully approachable and…wickedly funny.

Gaines came to be a design teacher by a curious route. I suppose it’s reasonable to think a trained geologist with a second degree in art would equal: teacher of architecture and interior design—you know, artfully arranged rocks—but try running that through a faculty search committee today, and you will be met will the most severe blank stares of incredulity. Yet, he is one of the most bountiful fonts of design knowledge I now know, and he would convey that knowledge with an unpretentious and ‘aw shucks’ manner, that made his students cherish the moment and recall the information years later. For Gaines, teaching was all about having a conversation—not simply about dispensing information—and those countless conversations led to a multi-layered understanding how art, architecture, interior design, furniture design, landscape, music, food and clothing were woven together to produce a culture; all were connected in his thinking, because all were important expressions of what it is to be a human being; alive to life.

In reflecting on his time at Auburn, first as a student and, later, as a teacher, Bobby recalled that Gaines always saw the magic and wonder of the world around him, and that, “he created a magical world of wonder for me”. Gaines did that for a lot of us, and we were drawn to him by something more than his knowledge and his unfailing interest in seeing us succeed. In his classes and studio, we came to see the richness and depth of our professions — hard work, perhaps, but adventurous and satisfying. Some of us have lived lives that could have been modeled on his teaching methods; running the gamut from architect, to interior designer, to furniture maker, teacher, historian, painter, traveler, and back, in order to start that rich life all over again. His friendly appearance and friendly demeanor might have been what lured us in, but it was something else that made us want to stay. As Bobby later remarked in his talk that day, “we were like things, which always loved each other, but had yet to meet each other”. Thank God we did.

Following Bobby’s lecture, we celebrated the announcement of the Gaines Blackwell Endowment in Interior Architecture. A few photos of that momentous occasion at the Jules Collins Smith Museum are included here. 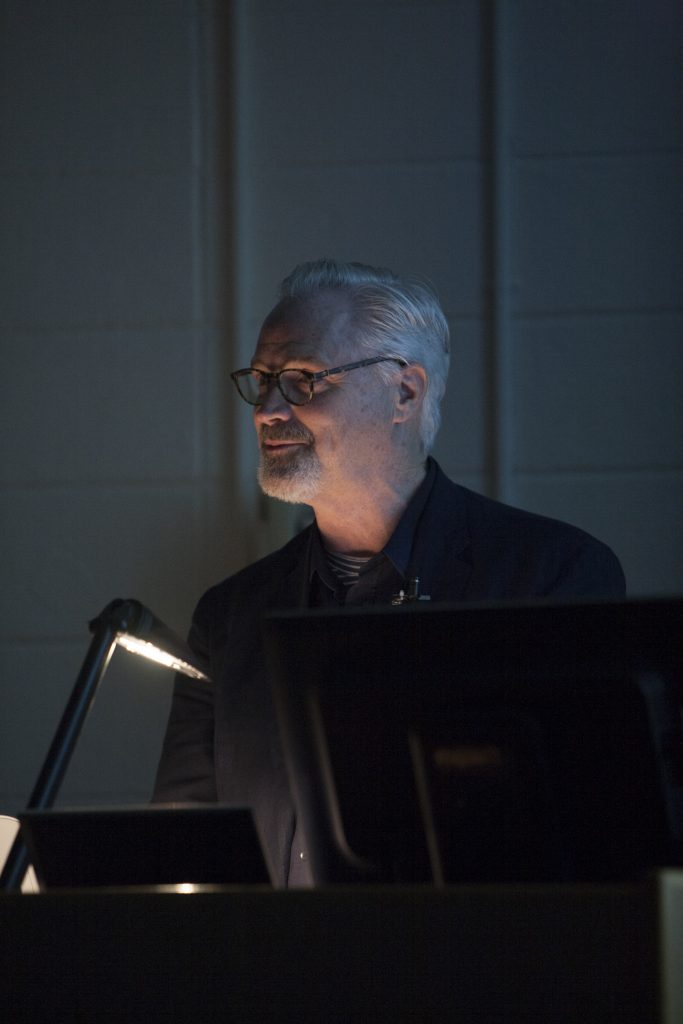 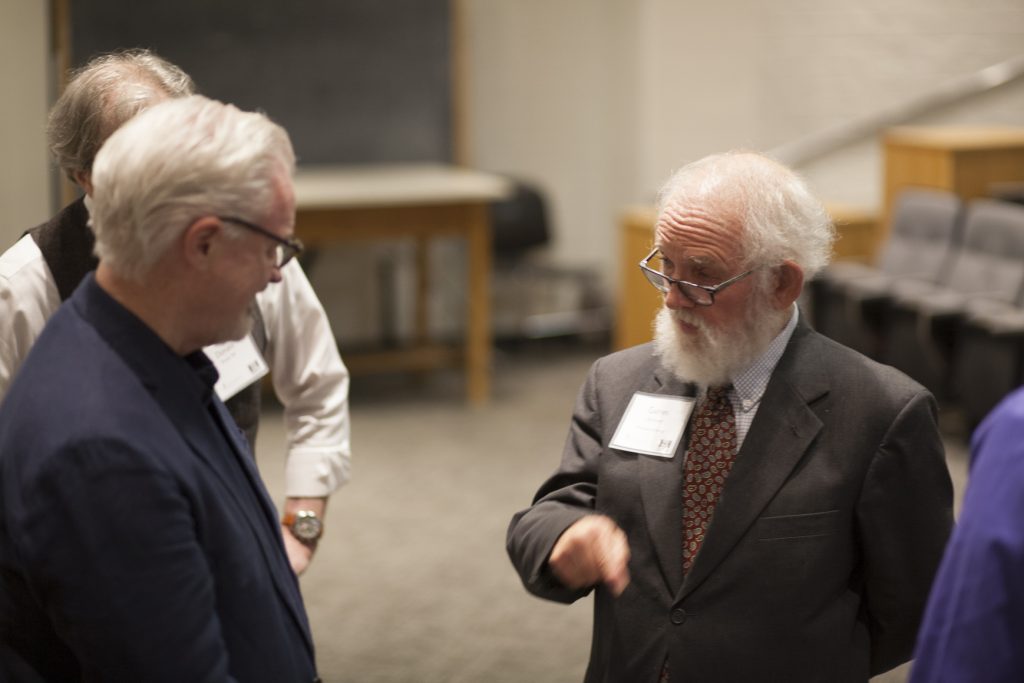 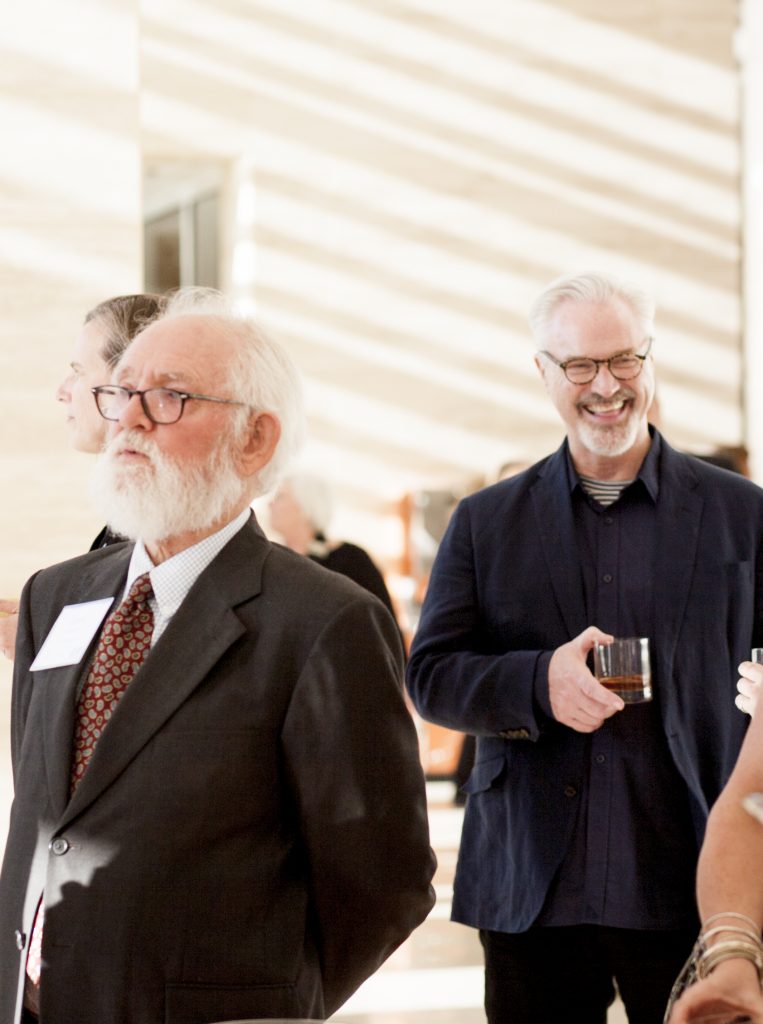 Gaines and Bobby at the celebration. 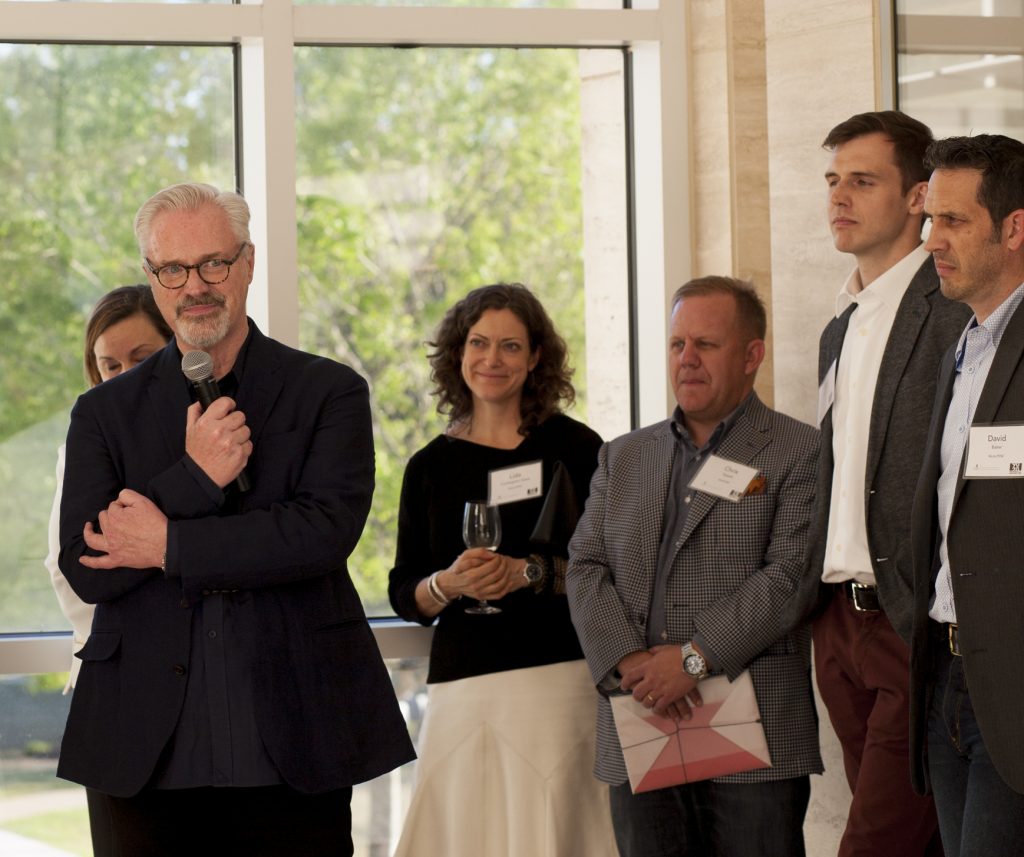