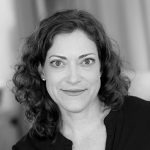 Lida, a Montgomery native, began work with the firm while a student at the University of Virginia, from which she graduated with a Bachelor of Science Degree in Architecture. After several years of full-time service, Lida returned to the Georgia Institute of Technology, where she earned her Masters of Architecture degree and received the notable AIA Gold Medal. In the midst of all this, Lida, an award-winning equestrian, found time to spend several months riding with British Olympic team members in England. In her spare time she can be found galloping across the fields of central Alabama on one of her horses. Lida and husband, Matt, are the proud parents of 5 year old Sarah.  Lida is Studio Head of architecture projects generated in our Atlanta and Montgomery locations.
Lida can be reached at our Atlanta office.
Email Lida.