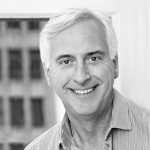 Richard Norris has spent over twenty years at McALPINE managing all business and media relations for the firm and for principal Bobby McAlpine. With a skilled eye for design, Richard styles and produces McALPINE photo shoots for features appearing in national publications. Before joining McALPINE, Richard enjoyed a successful career in the arts with the Alabama Shakespeare Festival and later as Executive Director of the Seaside Institute located in the New Urbanist town of Seaside, Florida. Today Richard continues to pursue his artistic passion and spends considerable time singing in two choirs. He is a Class XXI graduate of Leadership Montgomery and has served on the board of the Montgomery Education Foundation and BTW Magnet High School’s Board of Trustees as President Emeritus. On Saturdays, he can be found working in the garden of the Georgian style Garden District home he renovated. Richard’s home was featured in the February 2010 issue of House Beautiful, and in Susan Sully’s book Houses with Charm.
Richard can be reached at our Montgomery office.
Email Richard.