The following story, an interview with A. Hayes Town award winner Bobby McAlpine, appeared in the March issue of Southern Living magazine. We are reprinting it with their kind permission. The article was written by Mimi Read and photographed by Jonny Valiant. A special video interview with Bobby also follows.

Ever since he first launched McAlpine Tankersley Architecture nearly three and a half decades ago, Bobby McAlpine has been busy designing homes brimming with soulfulness, romance, and meticulous craftsmanship. He’s a gifted author and a prolific furniture designer as well. For nine years, he also squeezed in teaching at Auburn University. His firm’s reach is international in scope, but he’s really put his stamp on Southern architecture, leading the way for others with his signature style and wide-ranging erudition—not to mention his richly poetic grasp of what it means to create shelter. Now with 40 architects and employees in four cities—New York, Atlanta, Nashville, and Montgomery, Alabama—McAlpine Tankersley and its decorating counterpart, McAlpine Booth & Ferrier, recently merged into an entity known simply as McALPINE. Fortunately, the alluring houses won’t change; they’ll still embody all the feeling and thinking that begins in Bobby McAlpine’s wonderfully fertile mind.

SOUTHERN LIVING: What kind of house did you grow up in?
BOBBY MCALPINE: I was born in a hospital in Selma, Alabama, 30 miles or more from the sawmill town where my father was the mill manager. We lived in a look-alike company house. When I was 5, the mill burned down, so we moved to Louisiana for another mill job, but my father put us in a slightly bigger town and we built a house there. Every evening, he and my mother would take me to the construction site. While they had their first cocktail and cigarette, I’d run around in my footie pajamas and see all the spaces that had been framed that day.

SL: What did you learn from it?
BM: That you could transform your own life through building. Right after we got settled, I drew my first floor plan in blue ink on the white interior of a candy-box lid. I started doing it every day. But this was the early sixties, and the small towns I grew up in had limited creative outlets. There were no art classes, no language classes. You either played sports or did nothing. So I turned inward and dreamed my way into another place.

SL: Was high school any better?
BM: We moved many times, and by my ninth-grade year, we were living in a town of 3,000 people. Strangely, it had an architect in it, which was unheard of. My mother pushed me and dared me. She said, “Roll up your drawings, and go see that man. Tell him you want a job.” And that’s exactly what I did. He hired me, and I joined a special program and worked from three in the afternoon until five. In those years, my parents built two more times, and by 10th grade, I was able to do their construction documents.

SL: You started your firm in a marvelous hole-in-the-wall in Montgomery. Since then, you’ve designed about 500 houses. What inspires you?
BM: I’m a romantic more than a classicist. If you drive through a neighborhood, some houses are trophies, and your first thought is, “I’d like to own that.” It’s related to your ego. And then there’s the house where you think, “It must be wonderful to be behind that window.” That’s where I live. I like houses that invite you in. They tend to wander, ramble, chase light, and be willful in their shapes.

SL: How would you describe your houses?
BM: I use elements from many countries and cultures, marrying styles to achieve a precise feeling. I crossbreed contemporary architecture with modernism or English with Dutch, using anything I can find, classicism included, to set the stage and deliver the message. I have a tendency to walk my outbuildings forward, using garages, pigeonniers, and wings to create a sense of embrace.

SL: What about your entries? Sometimes it’s hard to find the front door of a Bobby McAlpine house.
BM: For me, it’s a Sophie’s Choice situation: If I express the entrance as a house’s primary feature, I am not proclaiming the value of the gathering of people in a singular space. I’d rather express the living room than the foyer. So I’ll put the entry around to the side or in the back but never in the front, which leads to what I call the “gift of disorientation.”

SL: What’s the “gift of disorientation?”
BM: It’s like pin the tail on the donkey. If I twist you and turn you through the site plan two or three times and then lead you into a room that doesn’t face the street, you don’t remember where you came from anymore. And then I’ve got you. You’re all mine. The town is gone. The day is gone. You’re now in the realm of the house.

SL: Your houses are suffused with a sense of history, yet you live in a modernist box. Why is that?
BM: It’s unexpected, but I like to immerse myself in places that aren’t exactly like me. I know my next lessons will come from this house, which is by the late architect Henri Jova, who designed it for his parents. This was in 1965, and it was very brave to build a house like this in Midtown Atlanta. What’s hilarious is that it’s still shocking. It’s still the best story at the dinner party.

SL: What made you fall in love with it?
BM: It’s a simple and classic flat-roofed box with painted brick and huge steel shutters that look like soldiers. It has a baby embassy quality about it—an emotional stillness. Jova’s own house was a Portuguese-Italian rococo extravaganza. But this kind of architecture is really democratic. Unlike a Frank Lloyd Wright house, which really doesn’t go with anything except Frank Lloyd Wright furniture, it loves everything that comes through the door.

SL: At 1,900 square feet, your home is much smaller than most of the houses you design.
BM: People get caught up in grandeur, forgetting that the best times they ever had in their lives were in tiny spaces with low ceilings and the best things ever said to them were whispered. When I design a house, I start with the site to figure out exactly what elements you want to engage with emotionally and spiritually. Then I consider the communion of people and objects and create containment around them. My consideration is always what it’s going to feel like together. Only lastly do I concern myself with what a house looks like. The only real value of building a house is to increase the territory of your own heart. The only real truth is to create something that will settle your spirit. 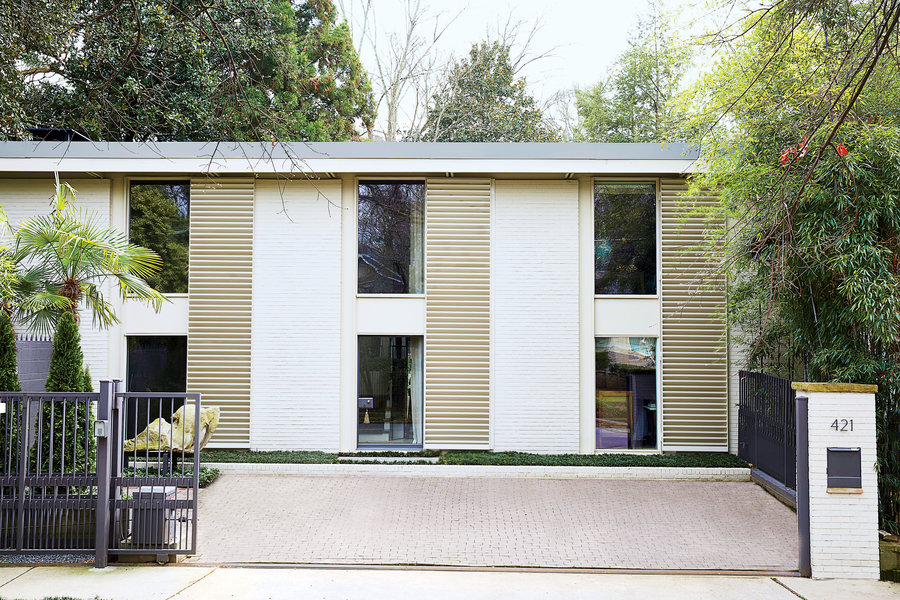 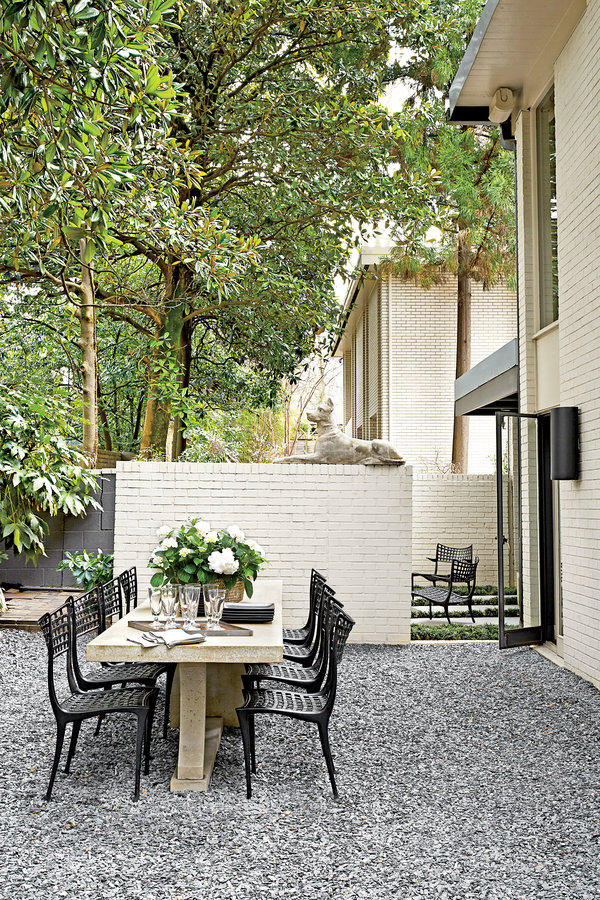 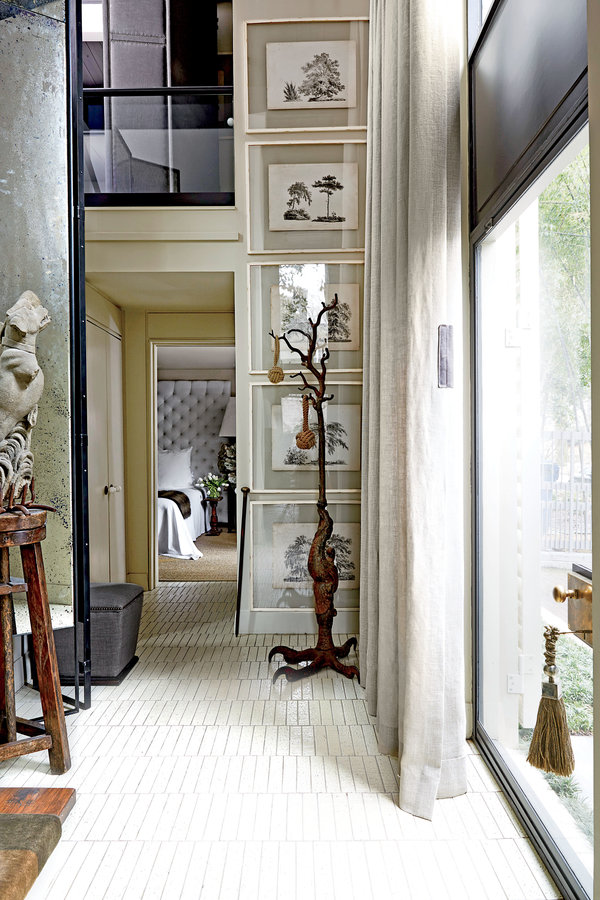 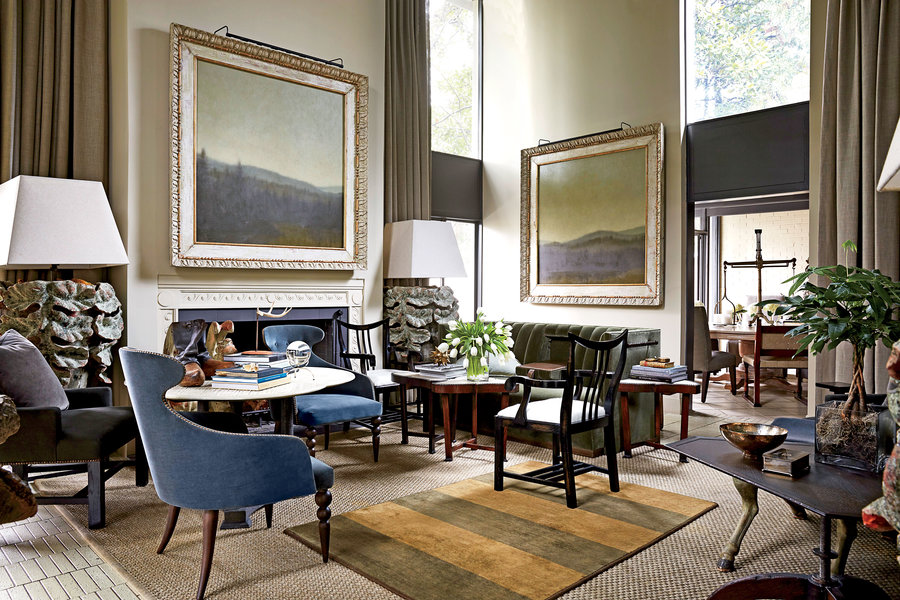 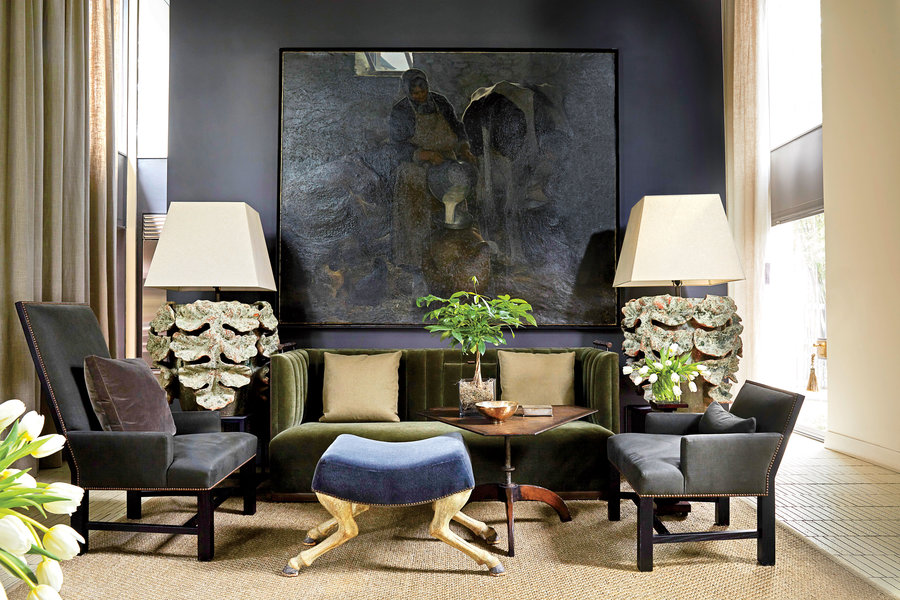 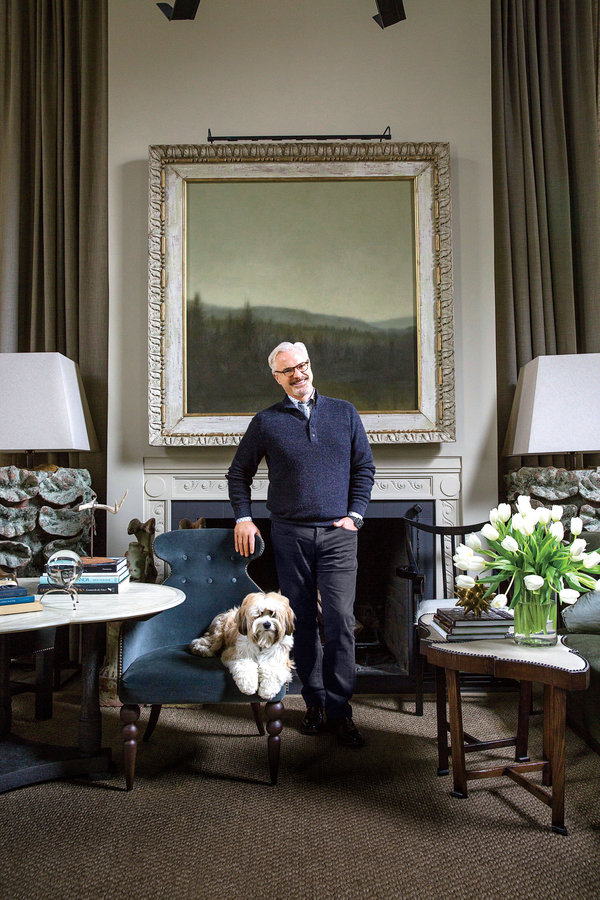