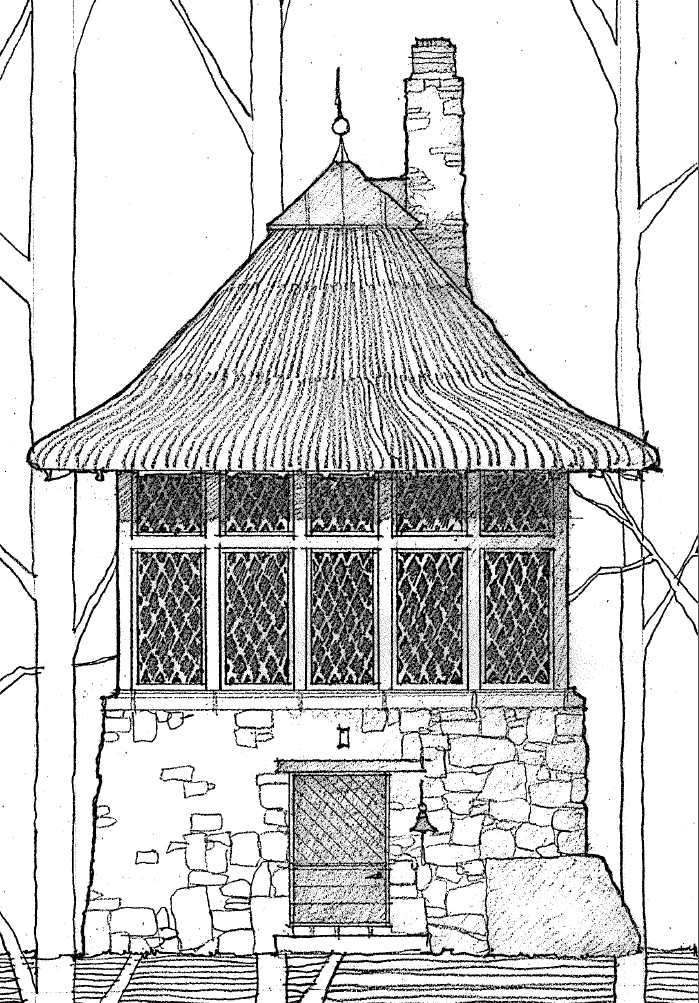 In the May issue of Traditional Home magazine, we have a nice spread on a Tudor estate we worked on that’s located in Salt Lake City. We designed extensive renovations and additions to this romantic house but one element on this historic estate consistently captures the hearts of visitors. Nestled in a bosom of greenery on this bucolic property lies a stone tower. And, there’s an interesting story to this storybook structure.

We were well underway with construction on this comprehensive project when my phone rang one day – it was the owner of the property (a visionary in his own right). He told me that his pre-teen daughter was totally enamored with the Disney film Tangled. He asked if I’d seen it. I had a teen daughter of my own so I was familiar with this clever retelling of the Rapunzel fairy tale where a fearful witch imprisons her daughter in a magical fortress to keep her safe from the evils of the world.  Ever the romantic (and a doting father, to boot), my client asked if I could design a play house for his daughter inspired by the tower in the film. If you’re unfamiliar with the movie, here’s what this celluloid citadel looked like: 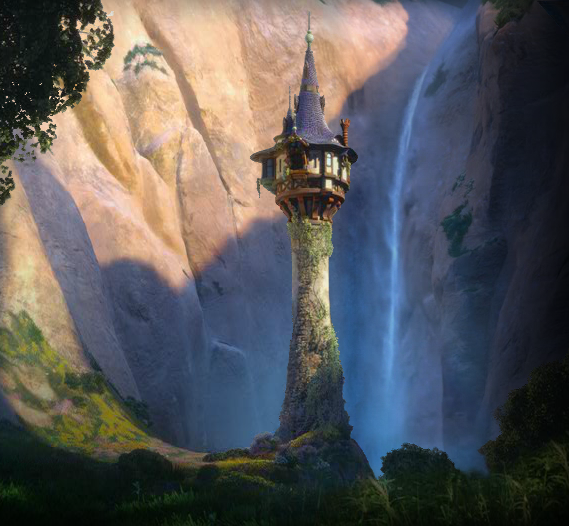 After studying the animated architecture created by the Disney imagineers, I returned to my client with a Grimm judgement – that this was going to be elaborate and expensive. Not to be swayed, we discussed the harsh realties of having and financing an enchanted tower. Given the nature of this building, it was an inevitable major element – one that I thought should not only be relegated merely to a child’s flippant wish. Since my daughter was a few years older than his, I explained that a young girl’s focus and fancy changes weekly. And nothing is sadder to me than a decomposing playhouse lying dormant in the landscape. It’s a constant reminder of childhood waning. Instead, I suggested we give this tower a life beyond his little girl’s attention span. We came up with the idea of turning this tower into a full fledged guest house complete with kitchen, bath, living and sleeping quarters. Like any good tale, this design took many unexpected twists and turns. Variations on our theme were pondered: 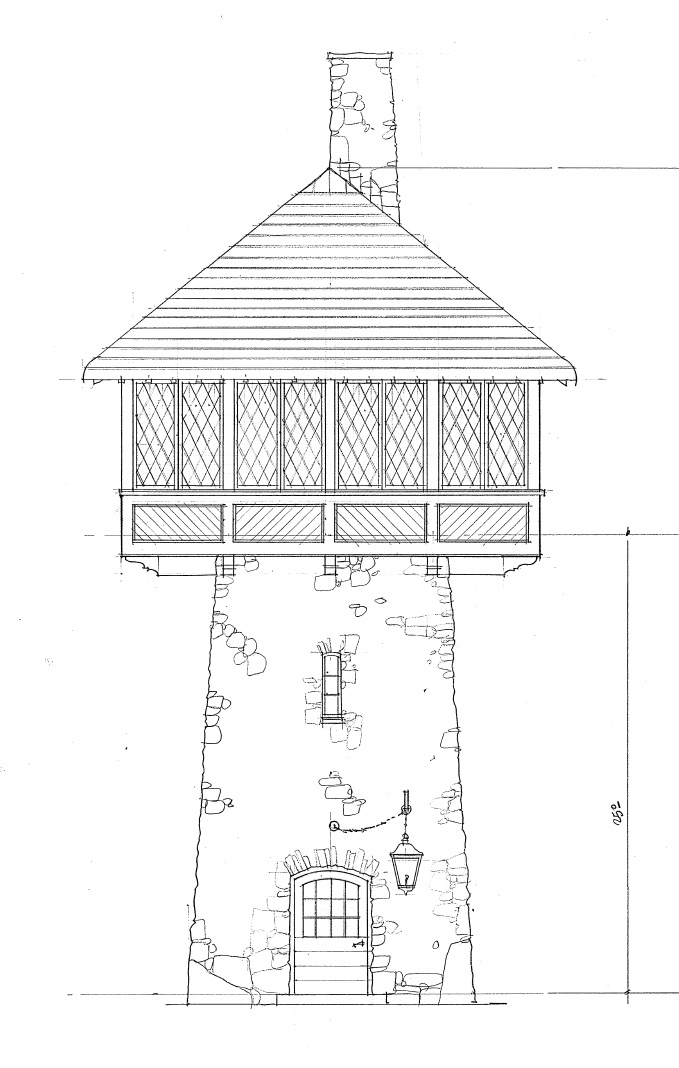 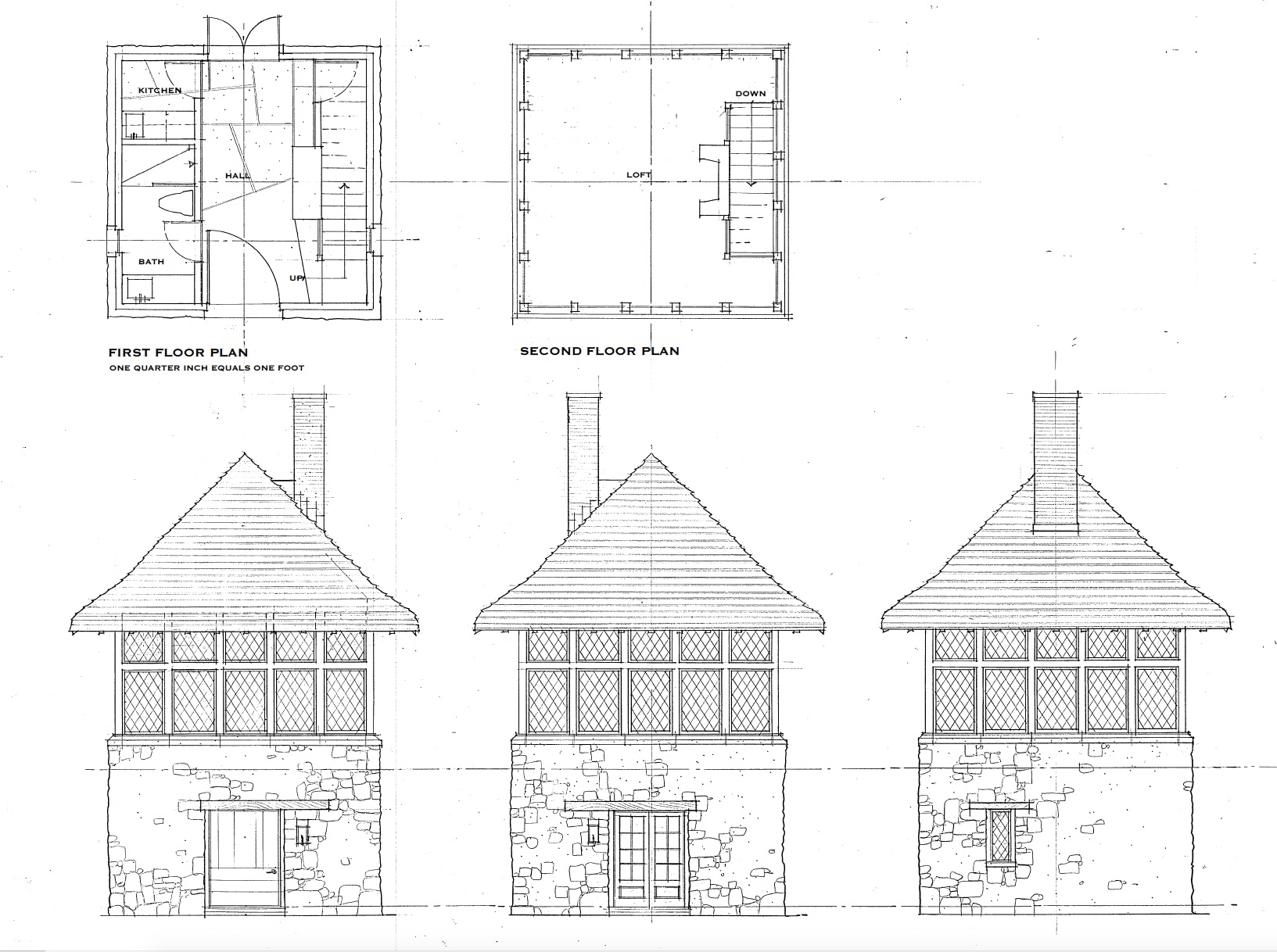 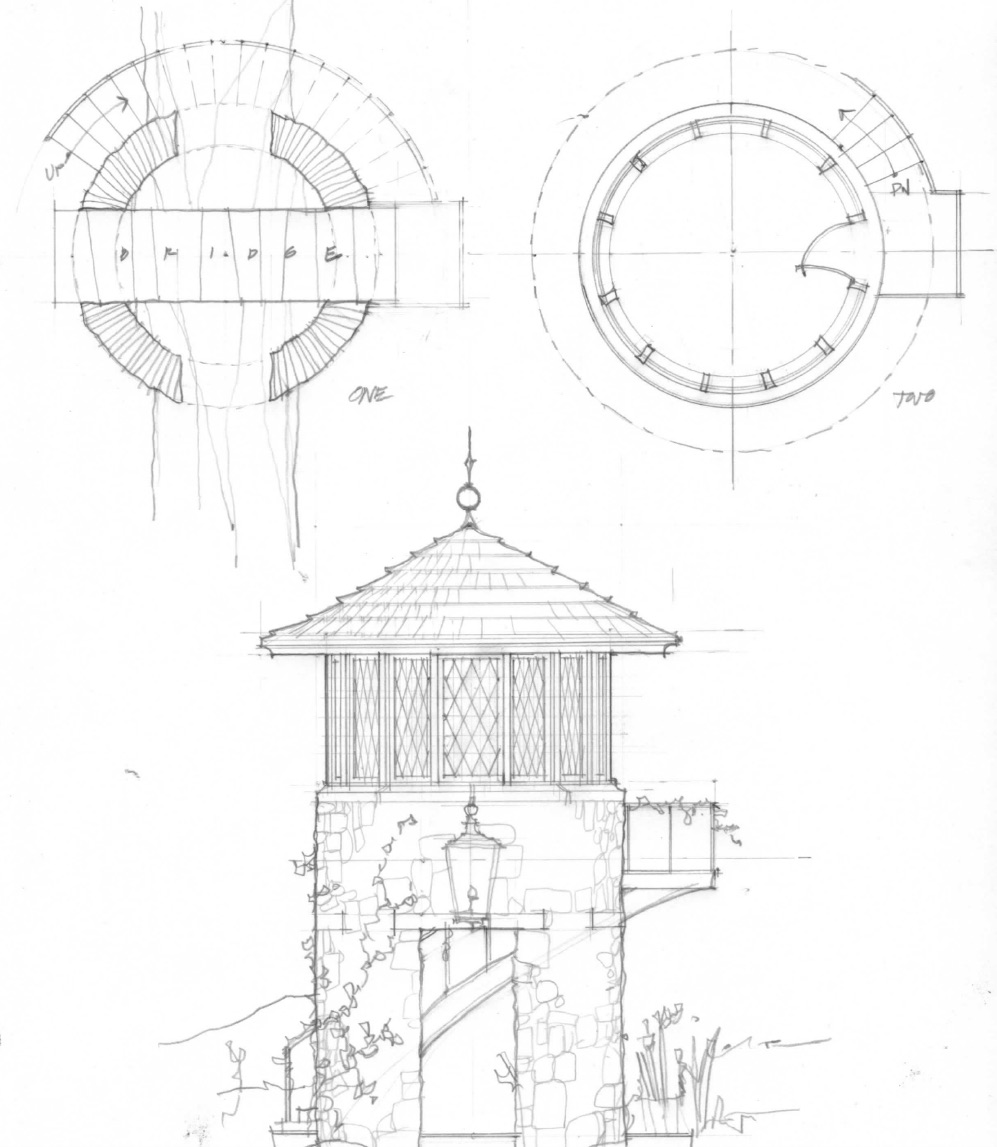 Finally, a happy ending presented itself on our page:

Working with Landscape Architect Mike Kaiser, we situated this mythic refuge near the bank of an existing brook on the property. One of the magical qualities of our original silver screen counterpart was that it appeared to have grown out of the lush landscape. We worked with contractors Jackson & Leroy and the talented stone masons on the project to create similar evolution. Great boulders gathered at tower’s base, growing smaller as they ascended. As it climbed skyward, a timber and leaded glass solarium bloomed high in the air, topped by a whimsical cedar shingled roof. Over time, our epic tale took root and flourished. It stands in the garden today, a built testimony to one child’s silly dream and her father’s boundless love. 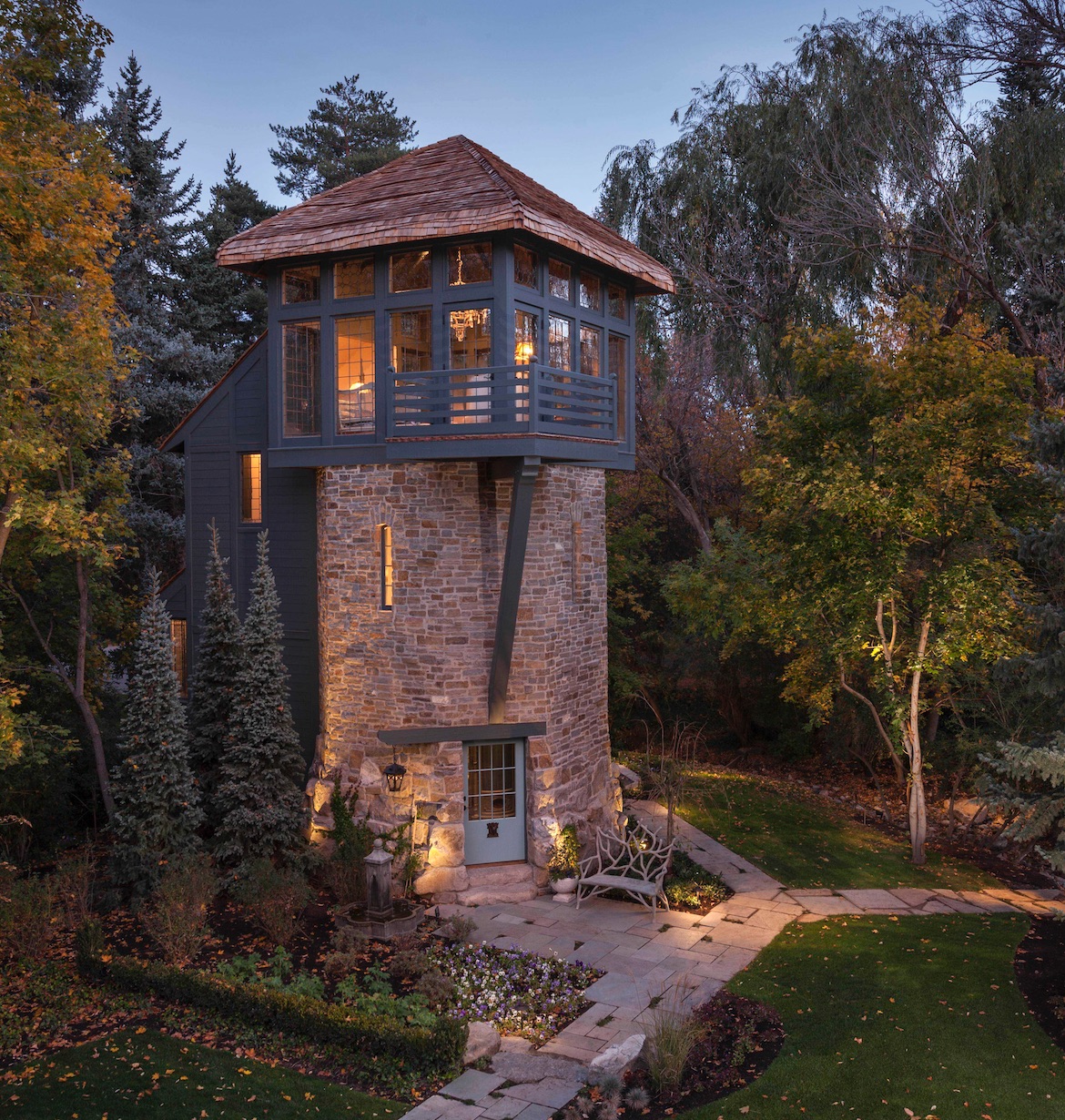 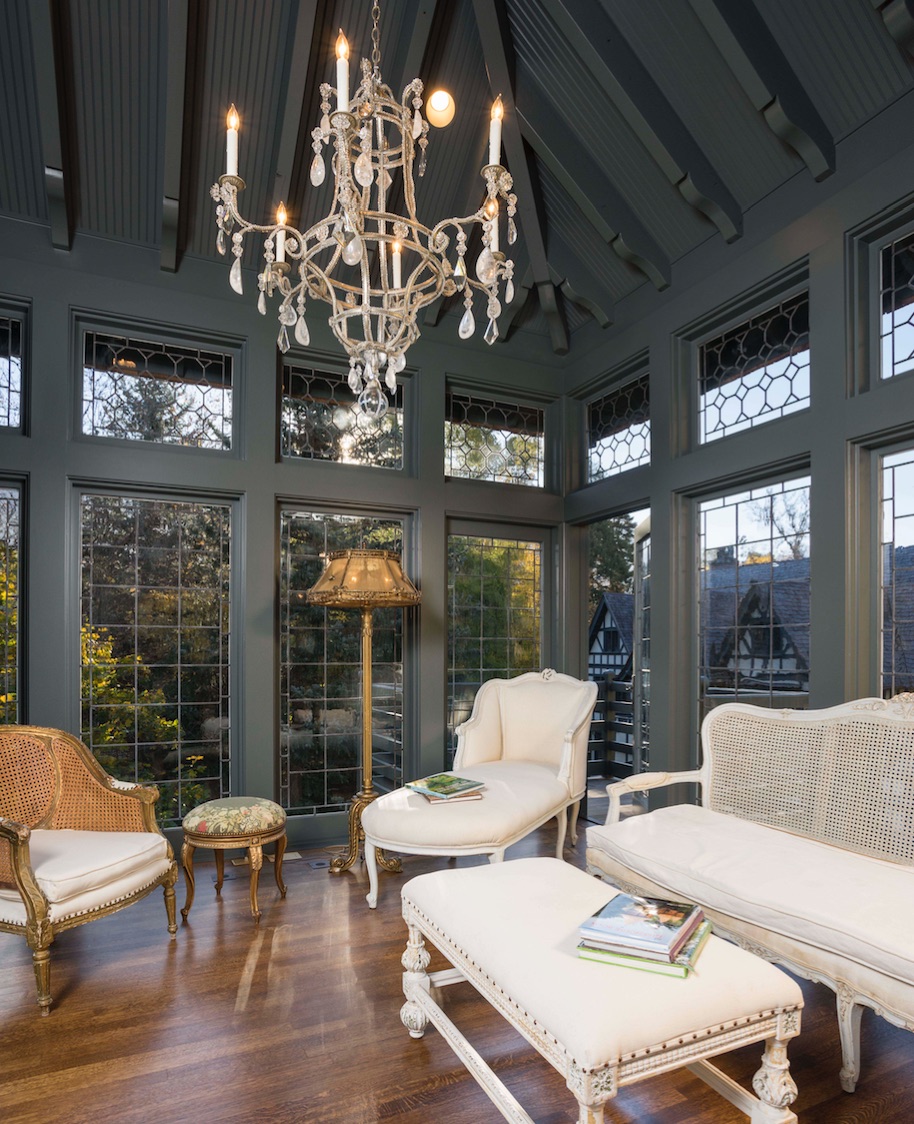