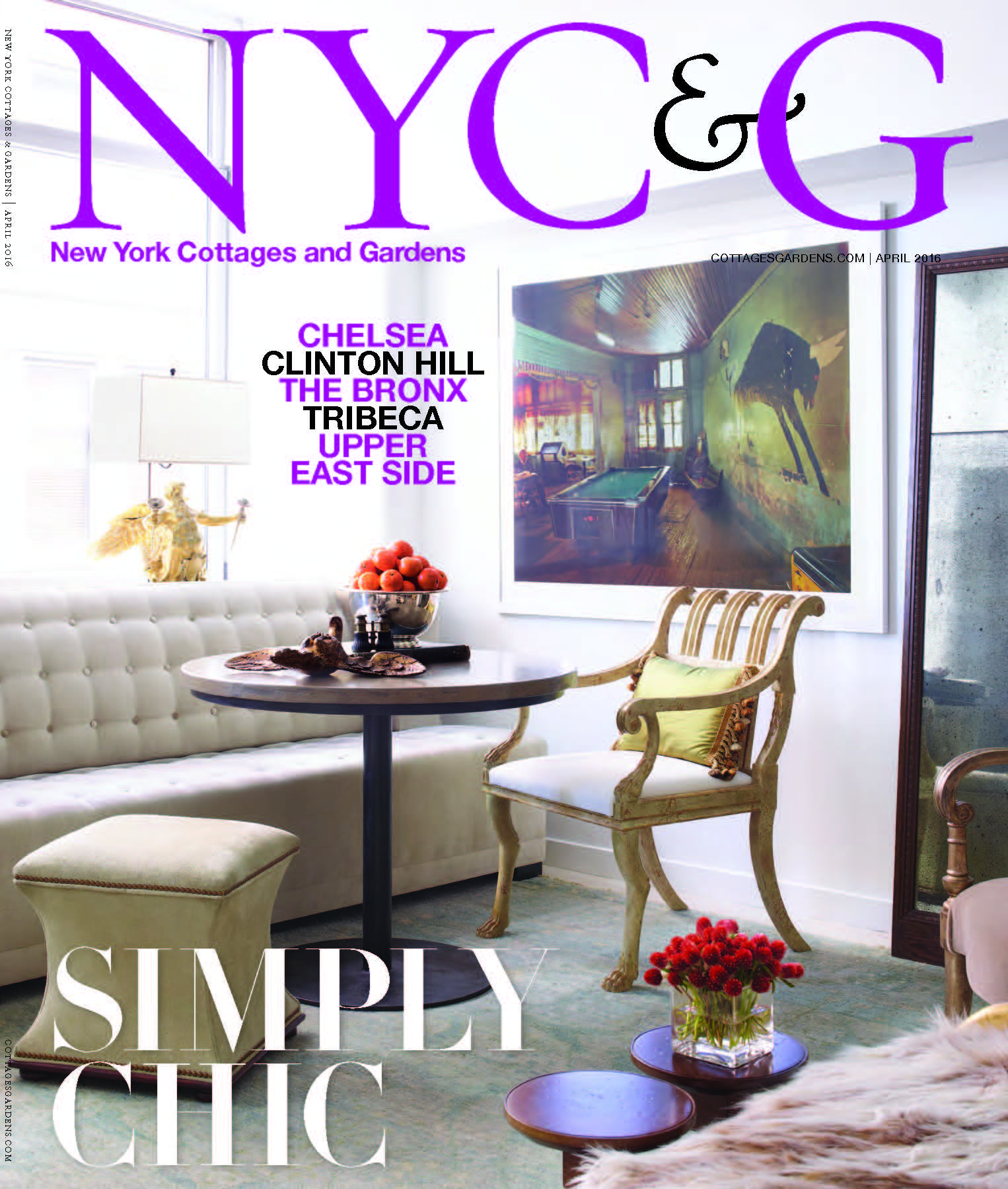 The following cover story, “Northern Light”, appeared in the April issue of New York Cottage & Gardens magazine. We are reprinting it with their kind permission. The article was written by Alejandro Saralegui and photographed by Simon Upton.

The buzz around Marie Kondo’s The Life-Changing Magic of Tidying Up might have quieted down a bit, but the call to declutter has never been more emphatic. For architects Greg Tankersley and Mary Robin Jurkiewicz, married for 30 years, the message rang loud and clear: In their decades together, they had moved from one small house to increasingly larger ones, until the defining moment last fall, when their daughter left for college. With a newly emptied nest, they no longer needed so much space, and the couple made a life-changing move to a 1,000-square-foot Chelsea loft.

Tankersley, an Alabama native who is a partner at the architecture and interiors firm McAlpine—Jurkiewicz worked for the company until the birth of their daughter—certainly knows his way around designing a house. But making the transition from the couple’s grand 6,000-square-foot home in Alabama to their substantially smaller Manhattan loft required unprecedented editing, in addition to great draftsmanship skills.

“There was a lot of discussion about which pieces we would keep and which would be jettisoned,” Tankersley explains. Among the winners: a smattering of special furnishings and accessories, ranging from Spanish oak side chairs to an antique Italian gilt daybed, all tied together by a unifying color scheme of creams, grays, and beiges. Despite the “raucous party of furniture,” no more than three upholstery fabrics in the same tonalities serve to cut down on the chaos while achieving cohesion.

Rectangular in shape, the loft features a marble-topped Saarinen table at its core, which anchors the space while doubling as a part-time desk, a display pedestal for sculpture, and, most important to these genteel Southerners, a dining table that can accommodate up to ten for Thanksgiving and other festive affairs. More casual dining takes place at a smaller table in the living room, just a brief stretch from a recessed kitchen niche lined in warm taupe walls, tiles, and cabinetry. Beyond the opposite side of the living room lies the master suite, which includes the apartment’s only bedroom.

Smaller, for sure, but not short-changed: “Every function of a proper house is here,” Tankersley says. “I designed the space as I would a house, with each ‘room’ zoned off by furniture rather than walls.” A few custom pieces, developed with McAlpine’s New York interior design studio—the firm also has offices in Montgomery, Alabama, Atlanta, and Nashville—elevate the elegant sleights of hand. At an extravagant 14 feet long, for example, a bespoke velvet sofa is a grand gesture that makes the apartment seem much larger.

A minimal backdrop further amplifies the loft. Walls and ceilings are painted Super White, the closest Benjamin Moore gets to the non-color of a sheet of top-quality typing paper. “Everyone thought it would be too white and cautioned me against it,” Tankersley recalls. “But it’s our concession to living in the city, and I just didn’t want to live in a murky apartment. I even told the floor guys to bleach the wood as closely to that white as possible.”

The idea of moving from Alabama to New York bubbled up four years ago, but the couple’s daughter had little interest in leaving her Montgomery high school, which allowed time for her parents to find the perfect spot in Chelsea, their neighborhood of choice. Being theater buffs, they can see a play on Broadway and walk back home, discussing the evening’s entertainment. “I travel so much for the firm,” Tankersley says, “that all I really need is a good airport. And I had wanted to live in New York since I was a boy.”

Tankersley admires the long tradition of Southern transplants who have relocated to New York to make their careers, such as Charlotte Moss, Bunny Williams, and the late Albert Hadley, while simultaneously establishing a south-of-the-Mason-Dixon-line lifestyle in Yankee territory. “We have silver and we use it,” he says. “We know how to entertain and be graceful in our interiors. There are some obvious differences, of course, but I’ve always felt at home in New York.”

Tankersley is still getting accustomed, however, to how pared-down, nearly empty spaces are often seen as a luxury by New Yorkers. “A lot of city dwellers walk in and actually think we have too much furniture!” he says, laughing. “They tend to like standing and walking around in their apartments, whereas I like to sit. But moving here has definitely been a good cleansing exercise no matter what. Now we live with what is closest to our hearts.” 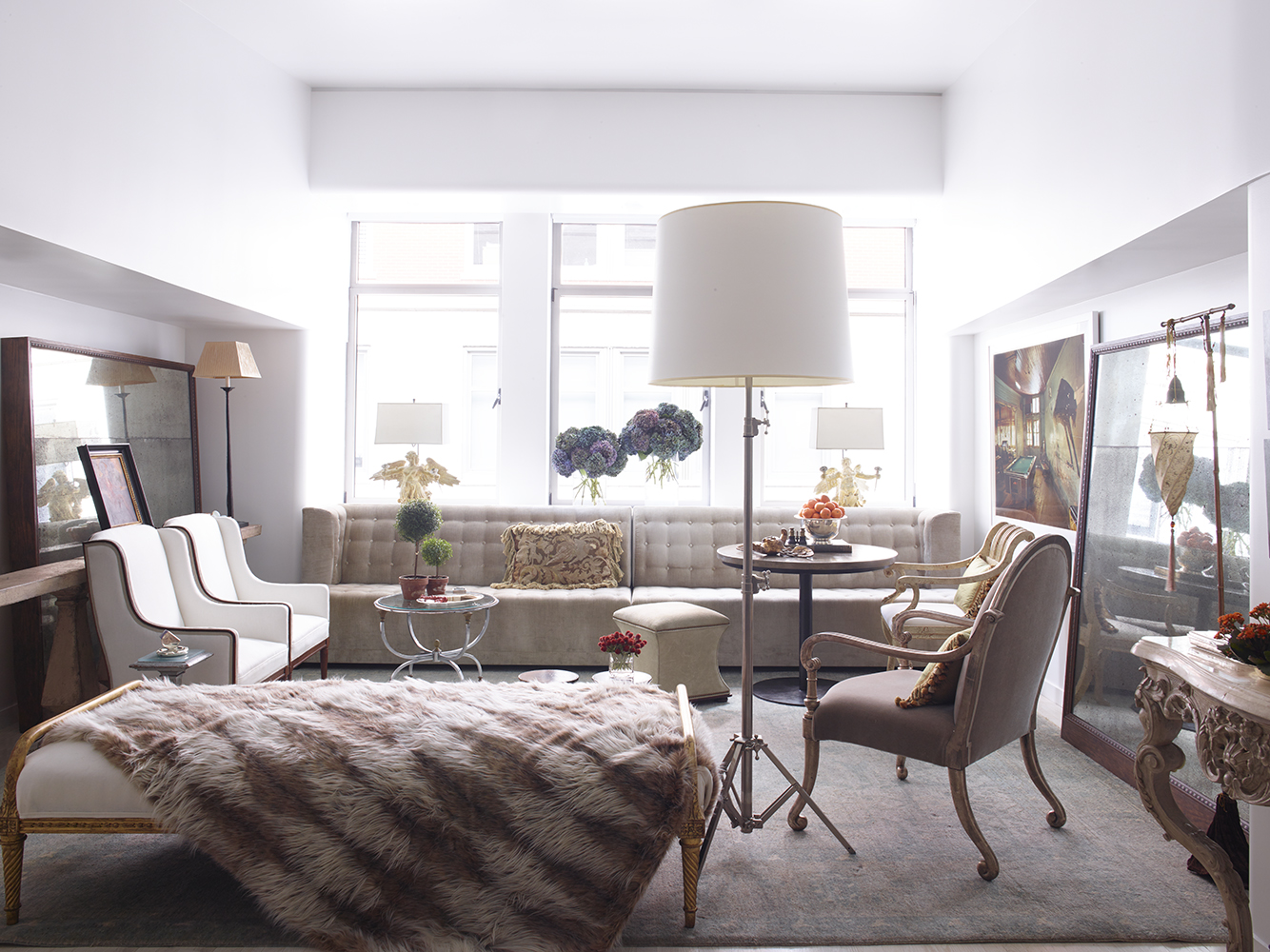 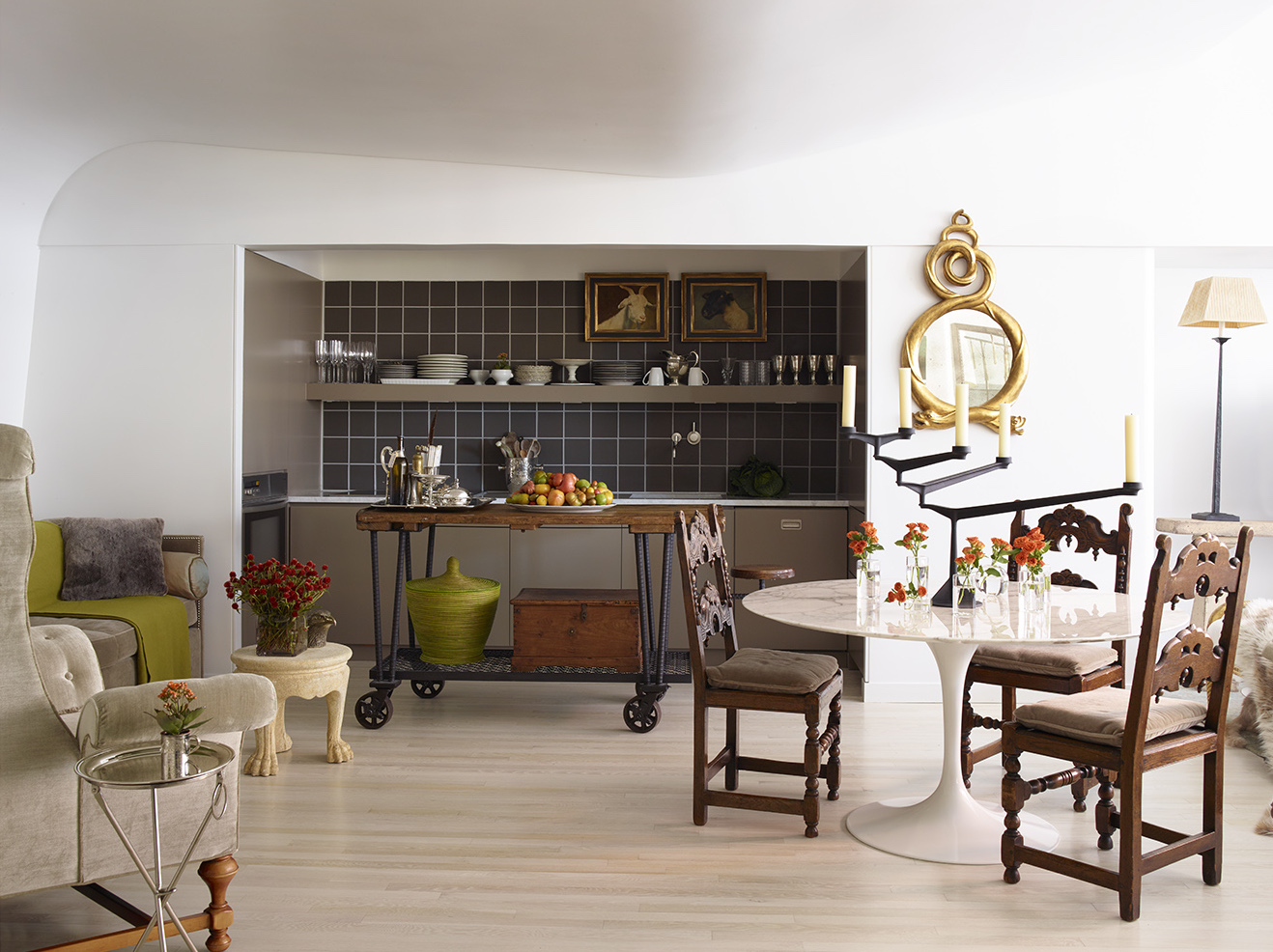 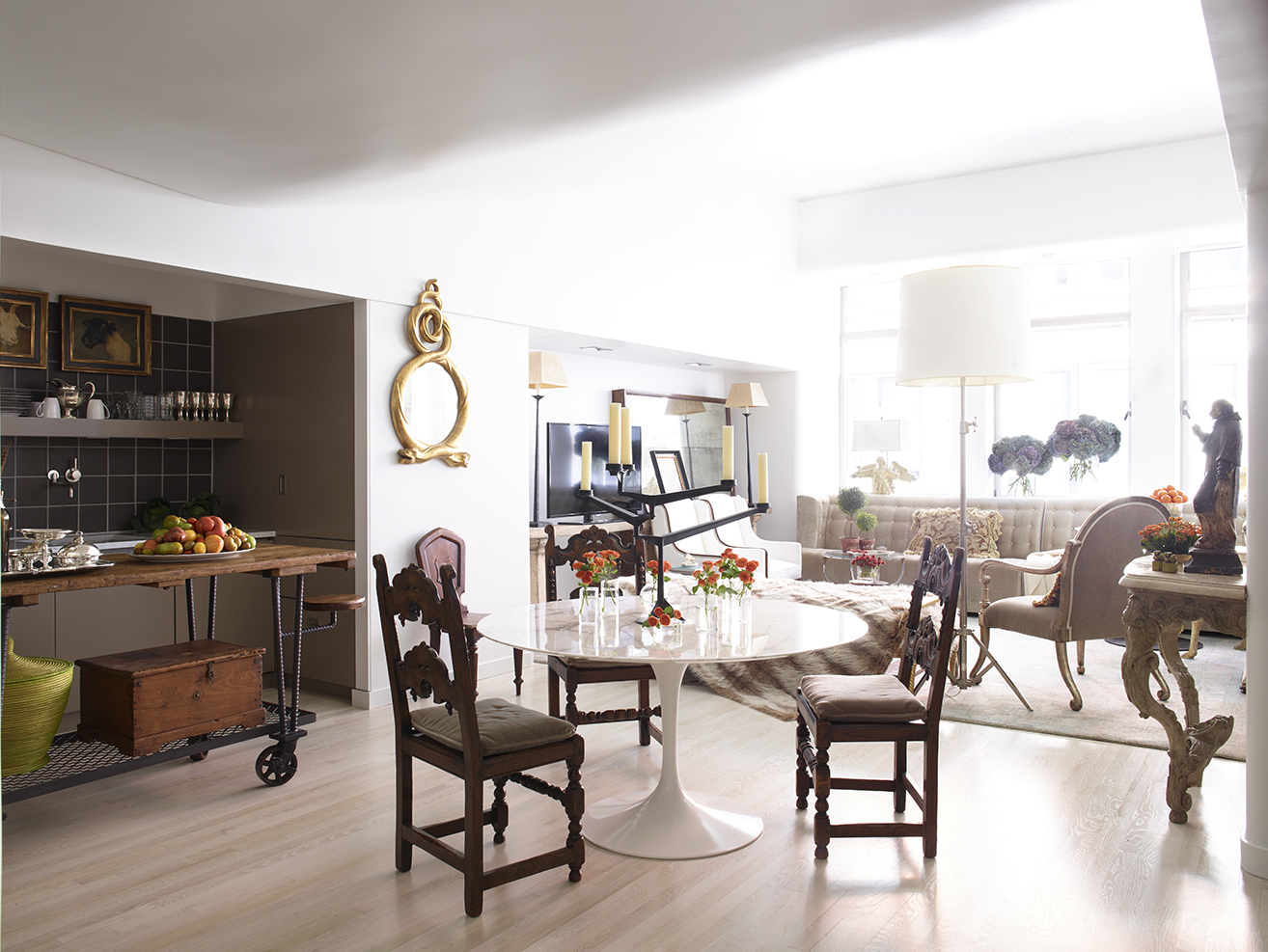 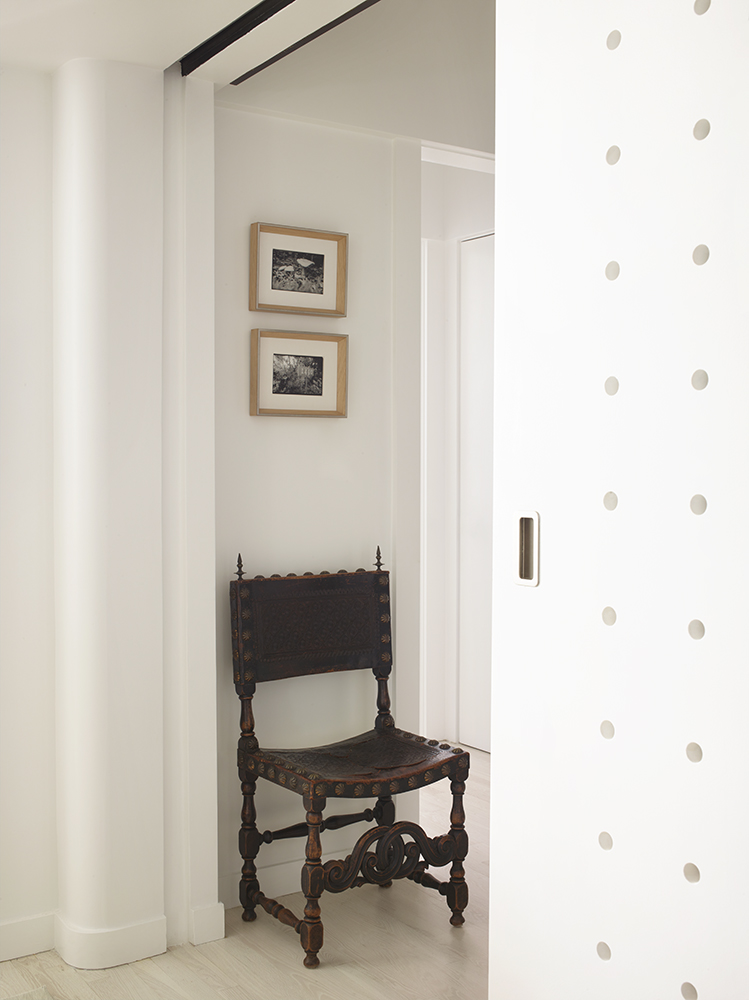 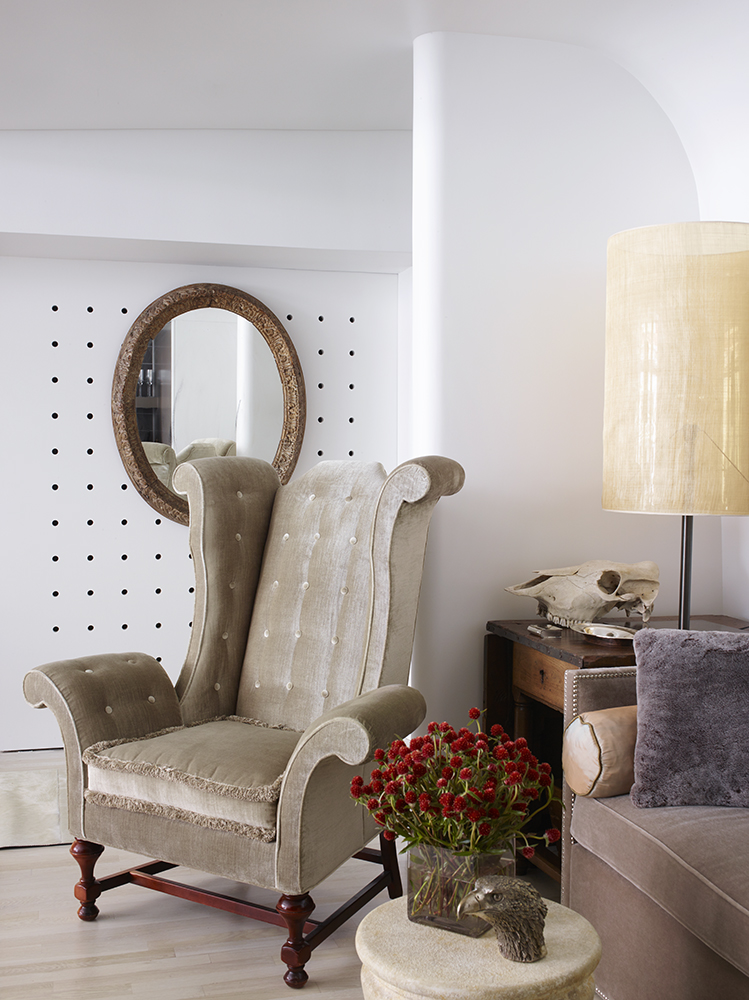 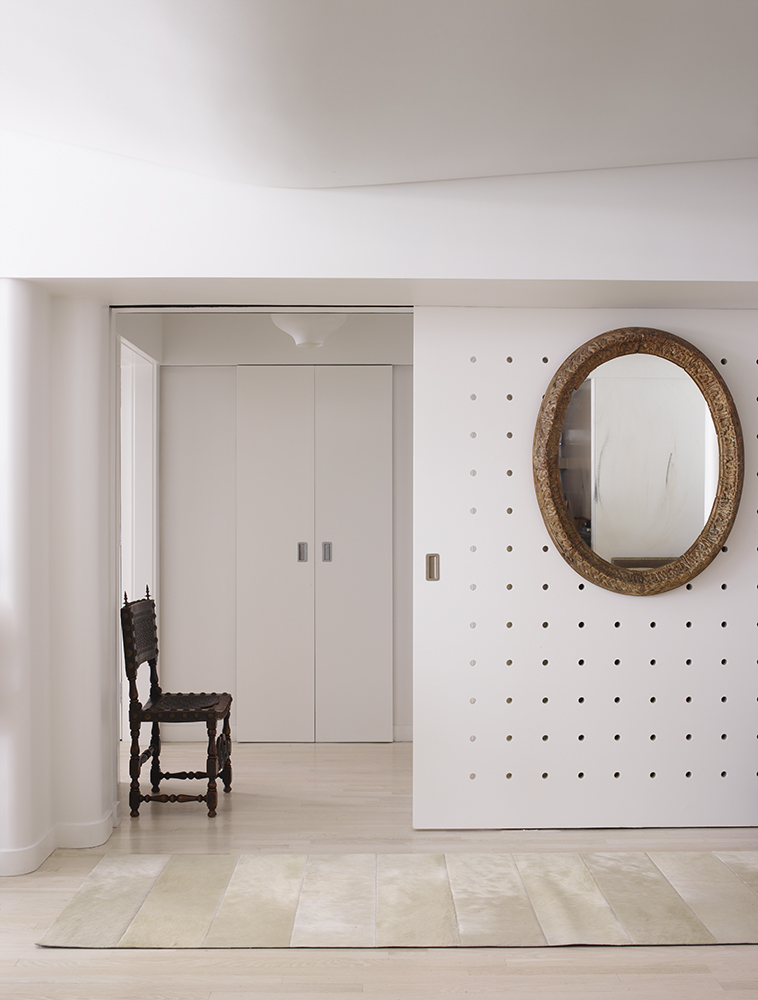 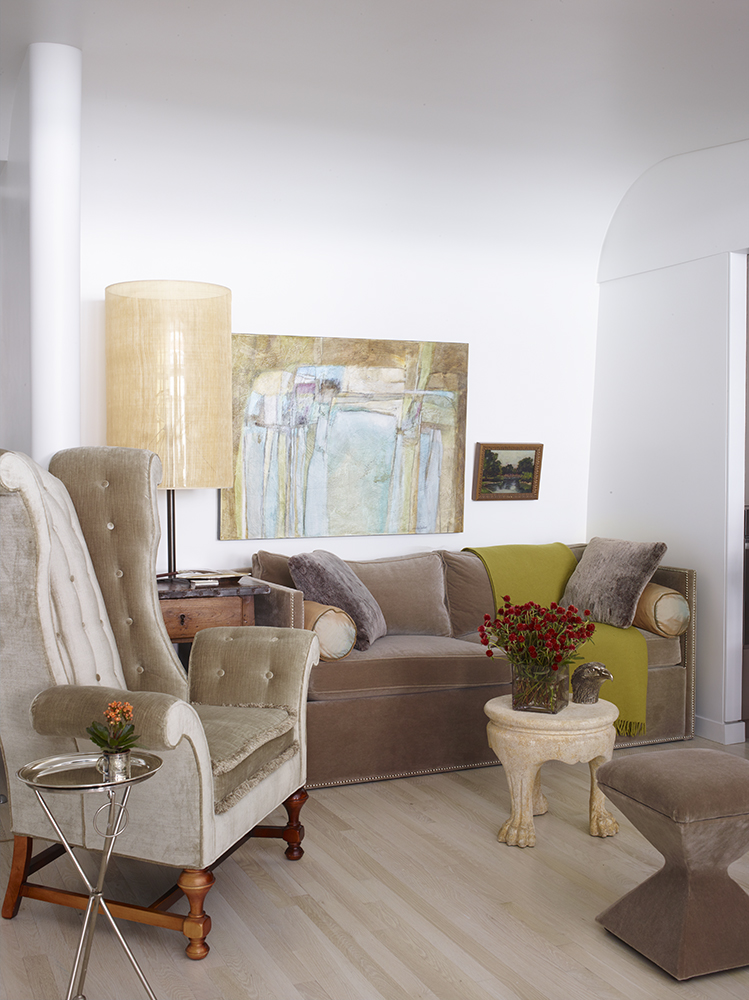 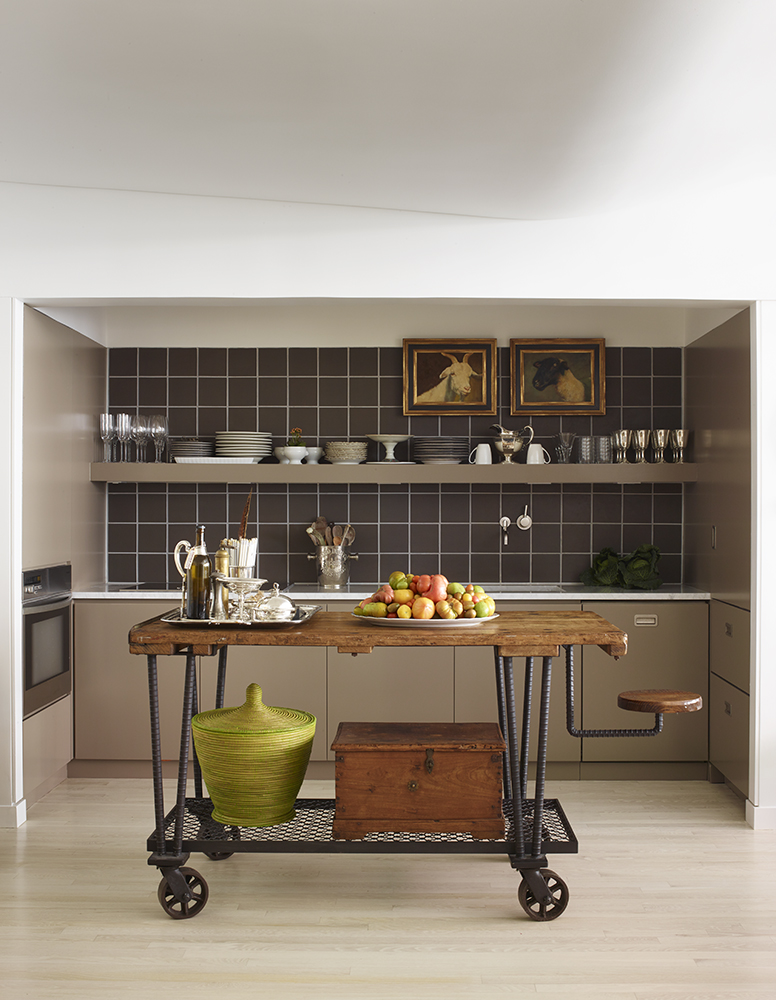 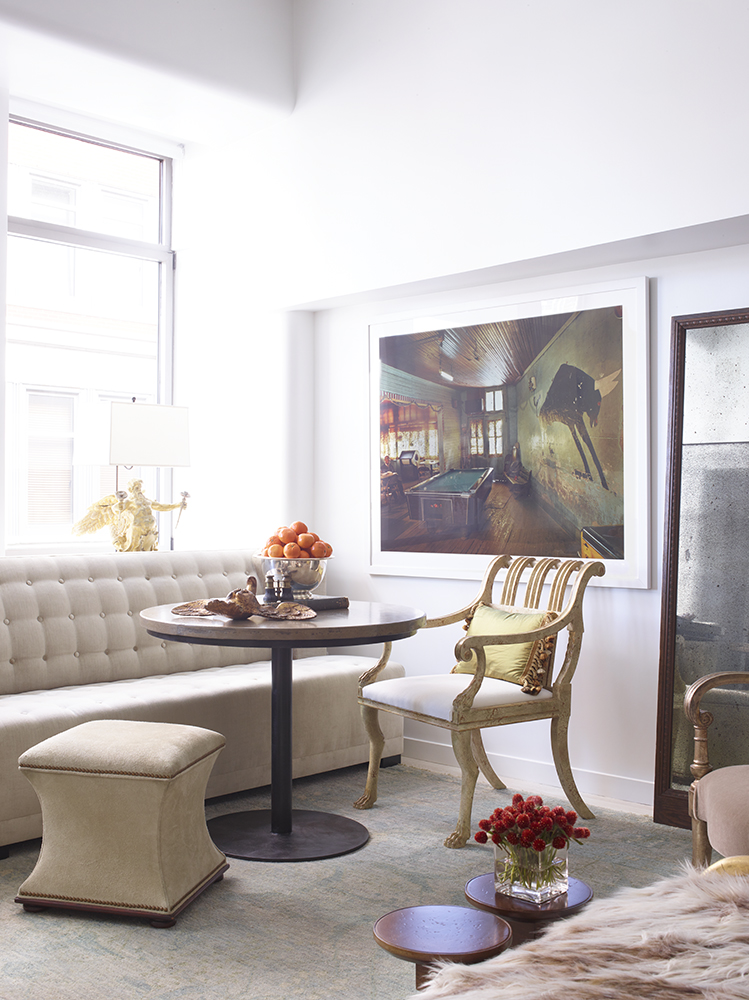 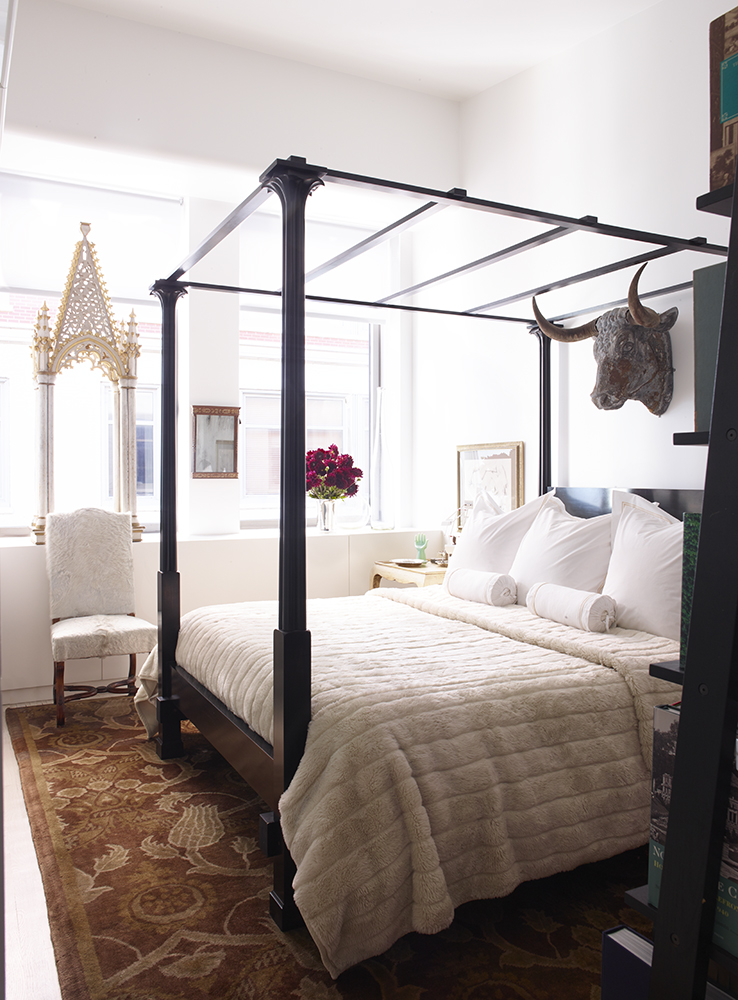 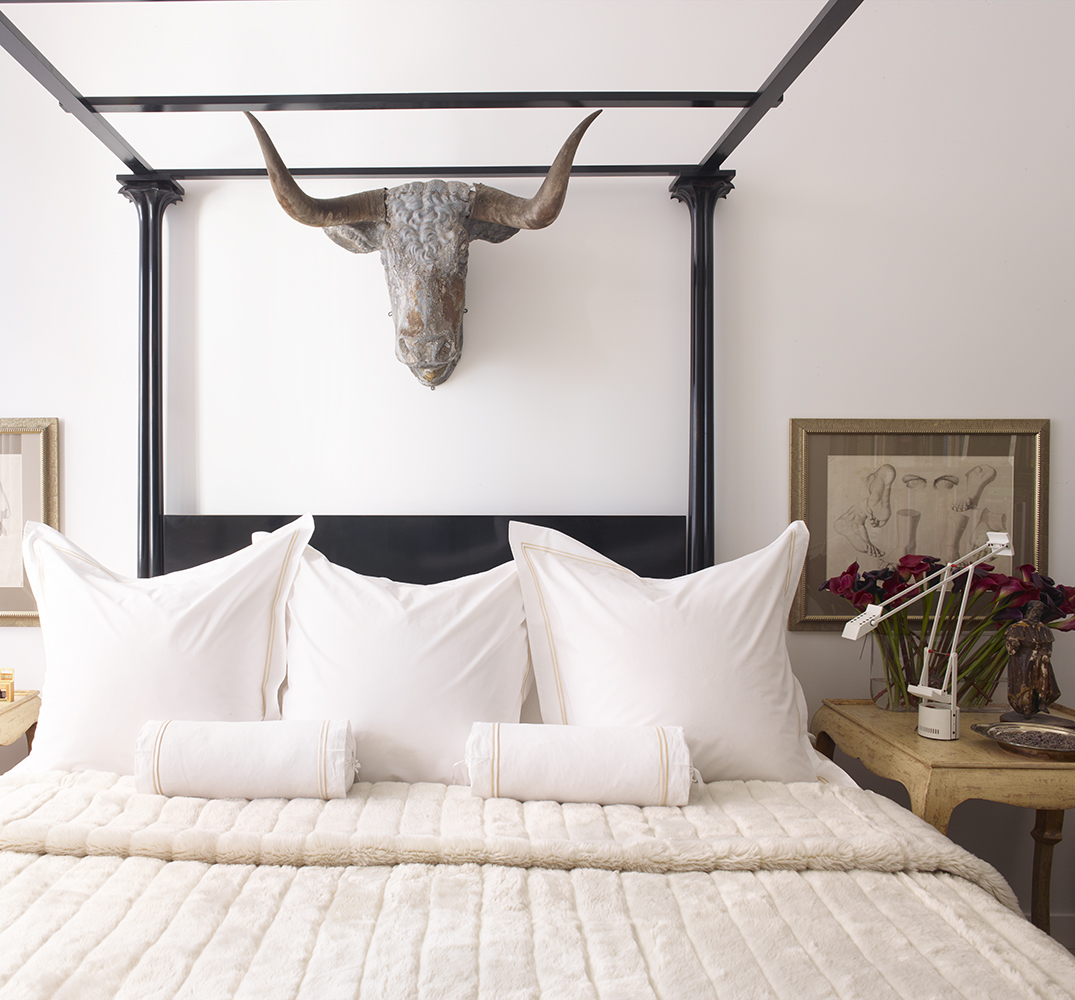 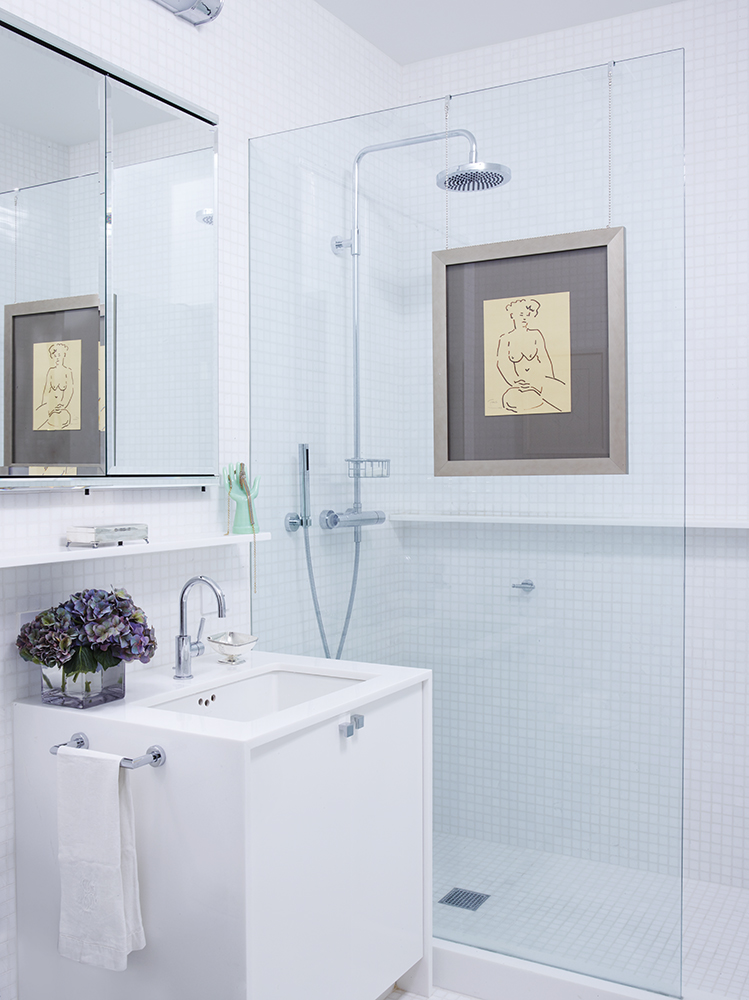 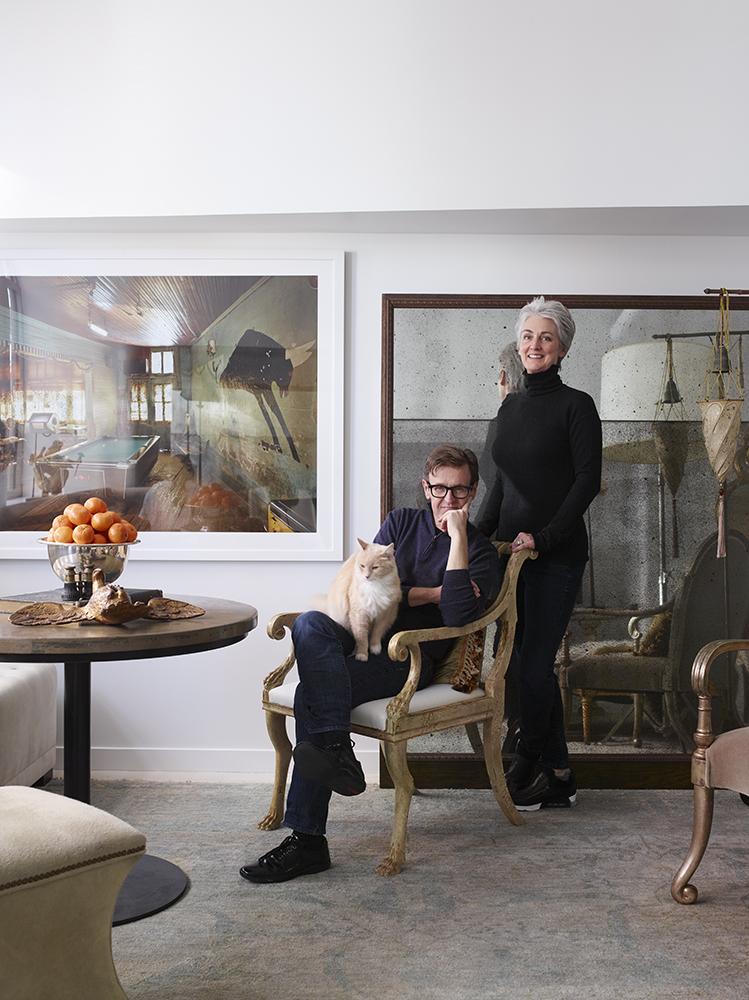