Over the almost forty years we’ve been in business, we’ve had the honor to be invited on a lot of inspired design journeys. We’ve run the design gamut, from grand estates to humble sheds. A request received over ten years ago, however, was a first. It’s worth revisiting this time of year.

The Episcopal Church of the Ascension here in Montgomery, Alabama needed a new Christmas creche to replace their well-worn model. This was a commission to replicate, in miniature, one of the most famous shelters in history! The project went to the capable hands of staff member Charlie Caldwell who, not only designed the seasonal tableau, he also built it!

The major inspiration for the Ascension crèche comes from the crèches that are traditionally displayed in Italian churches. In our country the most widely known examples are the crèche at the Metropolitan Museum of Art in New York City and one displayed each year in the East Room of the White House, both are 18th Century Neapolitan.

Like those crèches, the Ascension Crèche references paintings and sculpture from the Renaissance in Italy and Germany. Many artists used the device of placing the stable in the ruins of a classical building. This symbolizes the triumph of a new order: the founding of a new empire of peace and love built on the ruins of Imperial Rome, the empire of fear and temporal power. Details from both Botticelli (1445 – 1510) and Durer (1471 – 1528) are used in this design.

The lower parts of the crèche reference the “Prisons” (Carceri), a series of engravings by Piranesi (1720 – 1778). The prison images in this context call to mind scriptural references which assure us that Christ frees us from the “prisons” of fear, sin and death.

In the Italian tradition, the Holy Family travel the nave to reach the tableaux on Christmas Eve attended by the Heavenly Hosts (represented in our crèche by a single adoring Angel) and a young shepherd boy and his flock. On Epiphany, the shepherd has returned to his field and the Magi visit the Holy Family with their traveling companions in tow consisting of two camels and an elephant. The guiding star shines brightly overhead.

We wish everyone a happy, peaceful and restful holiday season. 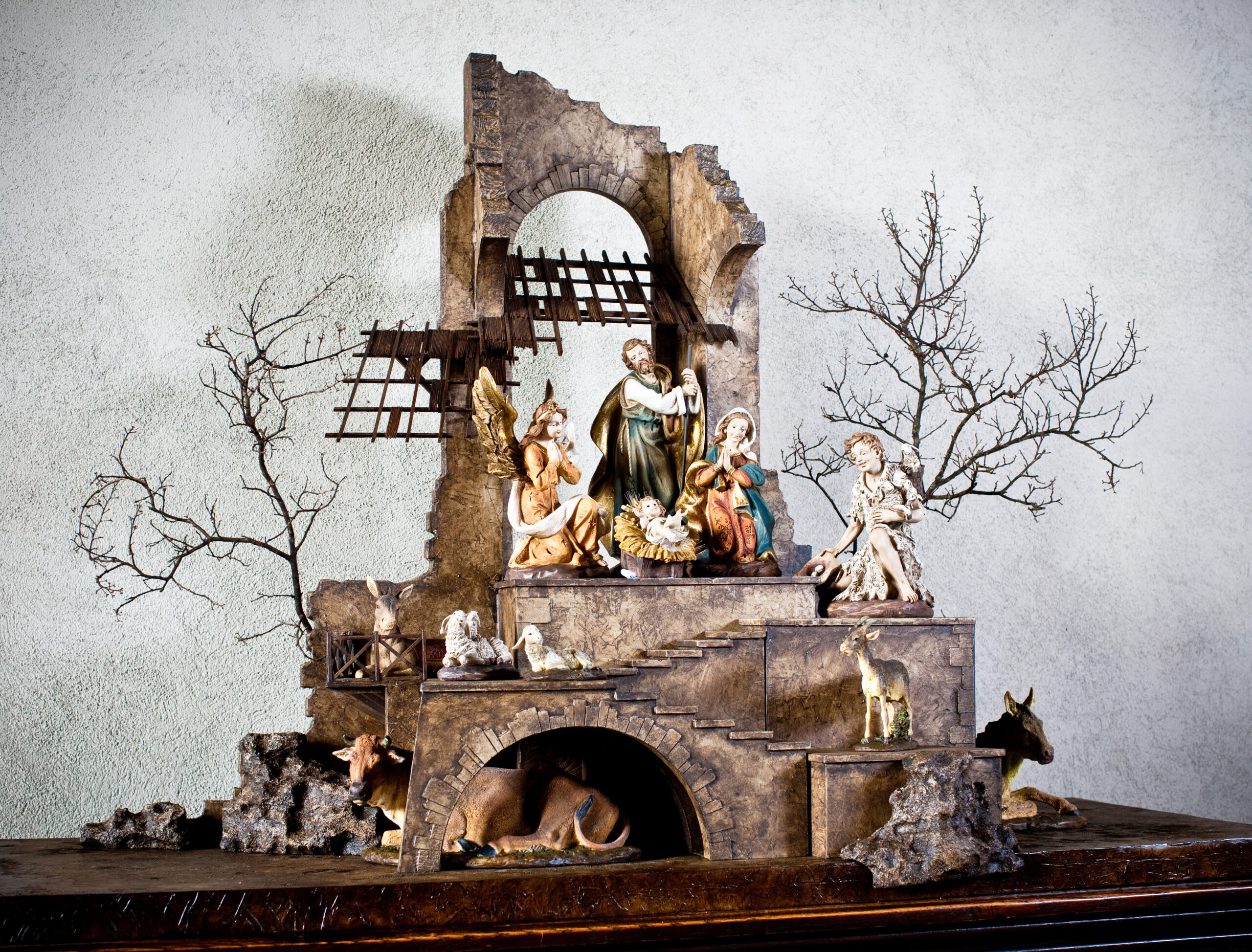 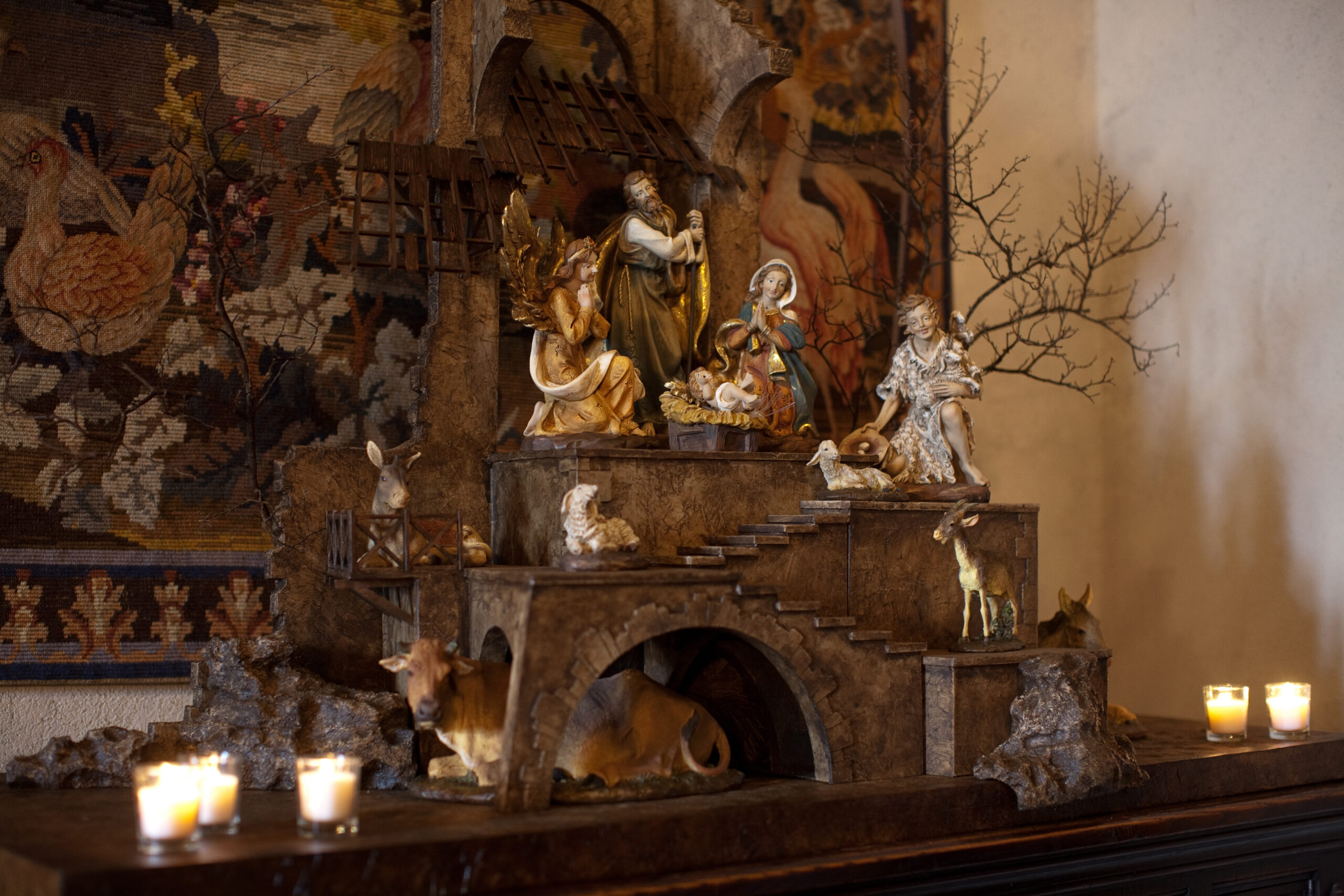 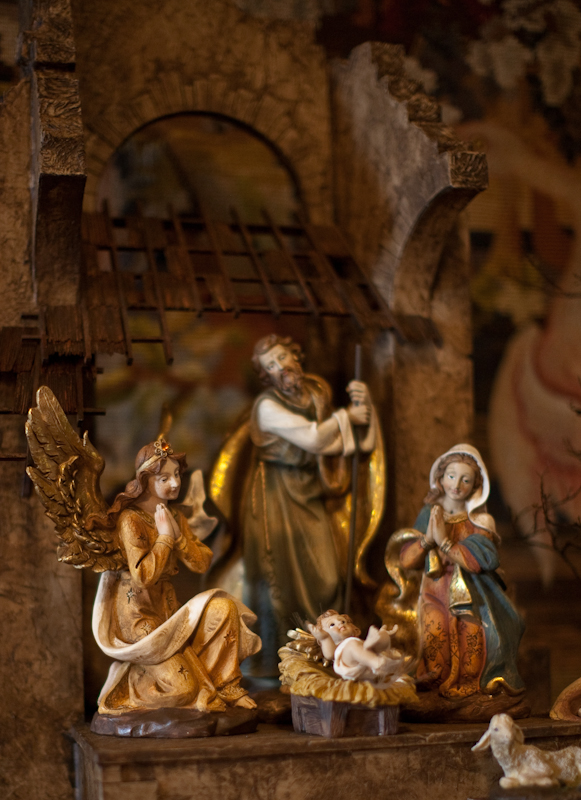 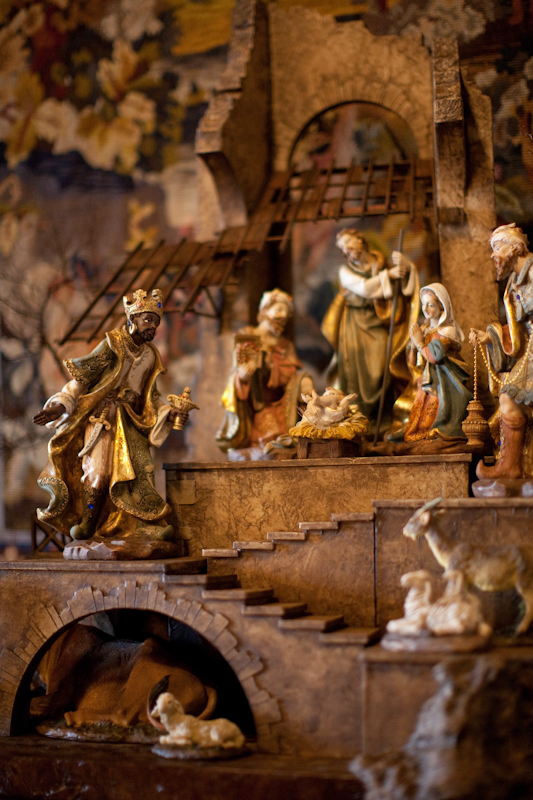 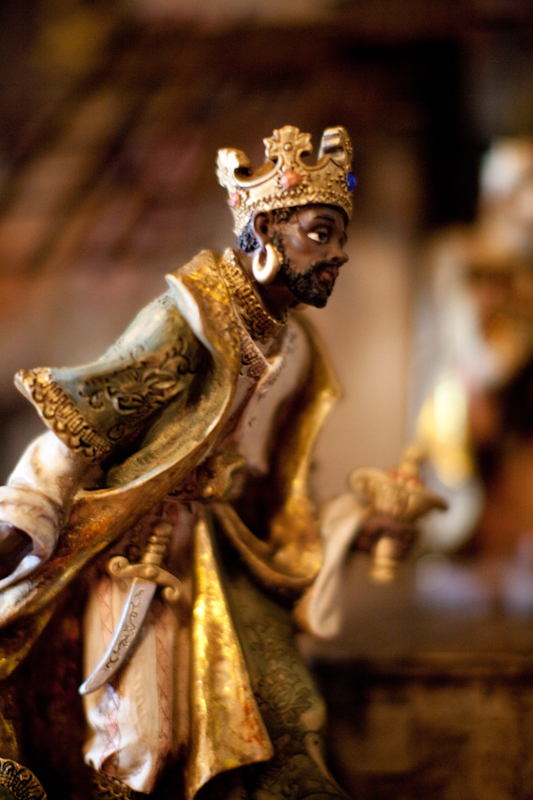 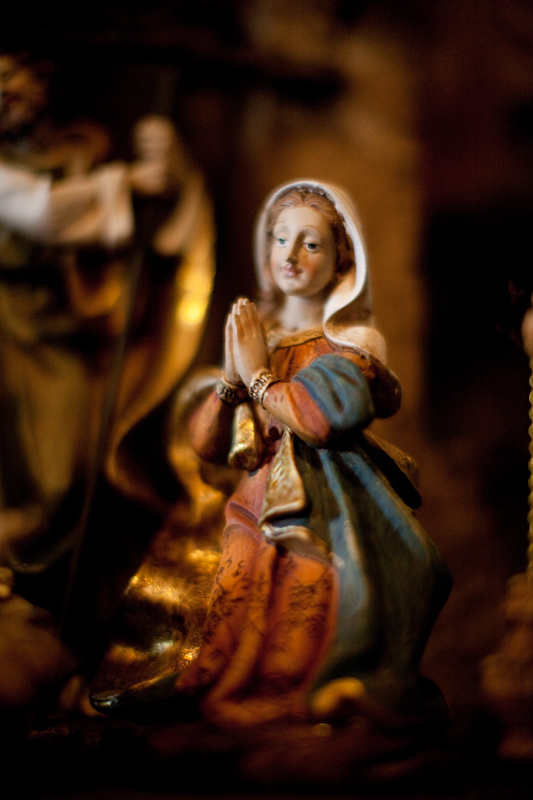 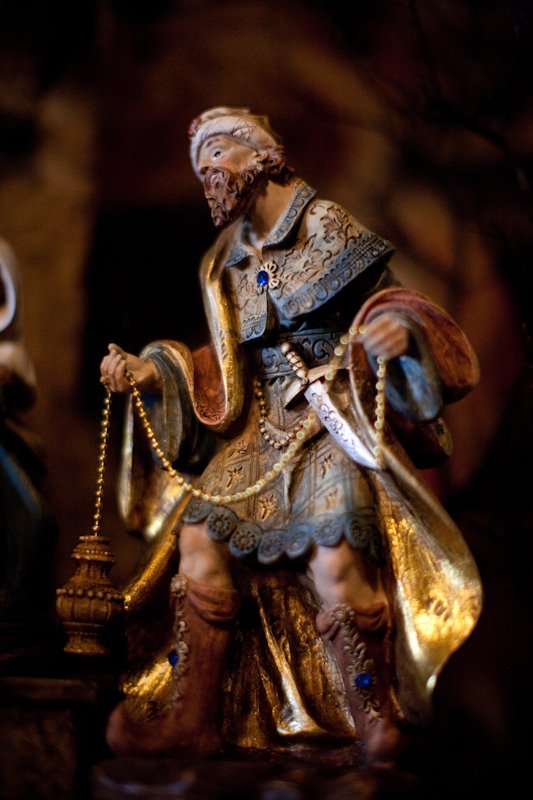 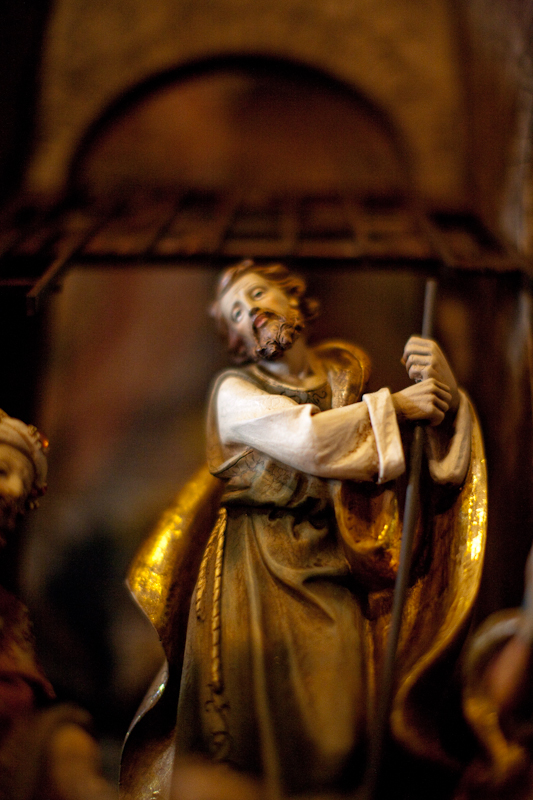 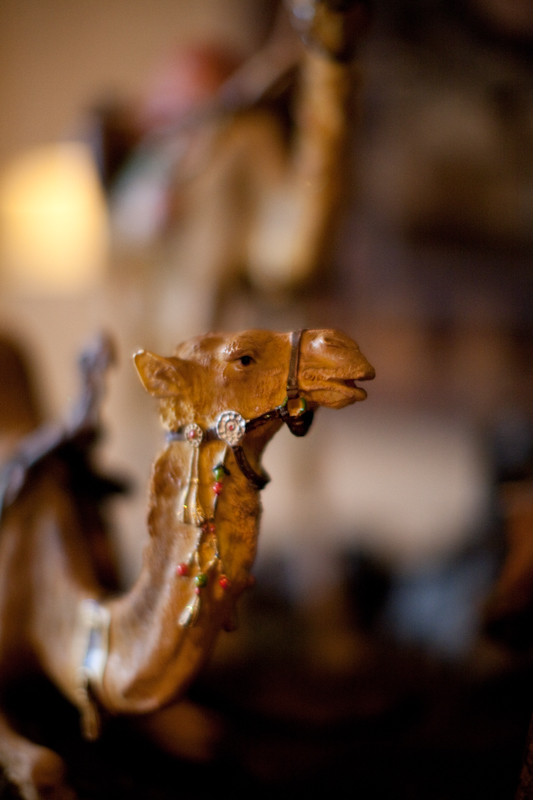