An Alabama native with an architecture degree from Auburn University, Greg joined the burgeoning firm of Bobby McAlpine, in 1985. His unique talent and proven leadership skills led to a name partnership in the firm twelve years later. For decades, Greg’s award-winning designs have garnered national and international recognition, appearing countless times in numerous prestigious publications, including Architectural Digest, Veranda, Elle Décor, House Beautiful, Southern Accents and Metropolitan Home. After 30 years in Montgomery, Greg and wife Mary Robin relocated to New York City to the McALPINE office in Manhattan. Greg’s passions include cooking and a love of the theatre (he served on the Board of Directors of the Alabama Shakespeare Festival). His daughter, Sullivan, is a student at Southern Methodist University in Dallas.
Greg can be reached at our New York office.
Email Greg. 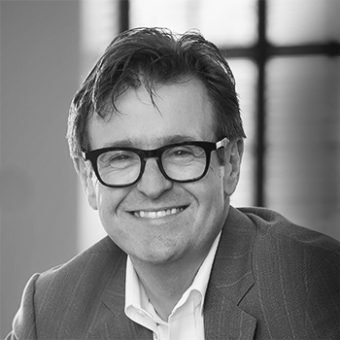 “Designing a house is
an intimate endeavor.
It’s a permanent and
inheritable representation
of a person. The invitation
always finds me honored
and humbled.”