Ray, an Alabama native and graduate of the Auburn University School of Architecture, joined McALPINE in 1999. The first phase of his career took him north to New York, where he spent successful tenures in the offices of such distinguished design talents as John Saladino. Ray returned to the south as a partner in McAlpine’s interior design firm with his former professor, Bobby McAlpine. These days, Ray has what many consider the best of both worlds: he divides his time between the firm’s Nashville office and the expanded New York office, which allows him to keep one foot in the city and other in his native south. Ray’s work has received national recognition from the most prestigious publications. Architectural Digest featured Ray’s own Nashville residence as well as other projects in New York and Baton Rouge; Elle Décor has covered his projects in Montana and Mexico; and Veranda has published homes he designed in Charlotte and Nashville. Ray’s first book, Evocative Interiors, was just released from Rizzoli. His inaugural furniture, and lighting & accessory designs have also recently launched. You can explore more of his work at RayBoothDesign.com. With an undimmed passion and desire for beauty, Ray shares his life and homes in New York and Nashville with partner John Shea.
Ray can be reached at our Nashville and New York offices.
Email Ray. 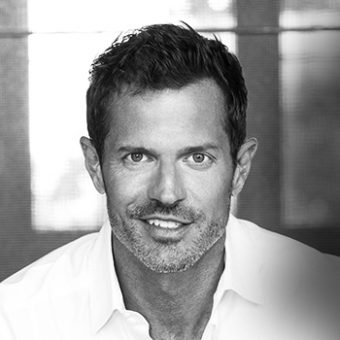 “Every house is an
opportunity for us to
define home for our
clients by creating
beautiful, meaningful, and
emotionally evocative
spaces in which to live.”